The Brotherhood sneaks by The Throne in OT, advances to Semifinals 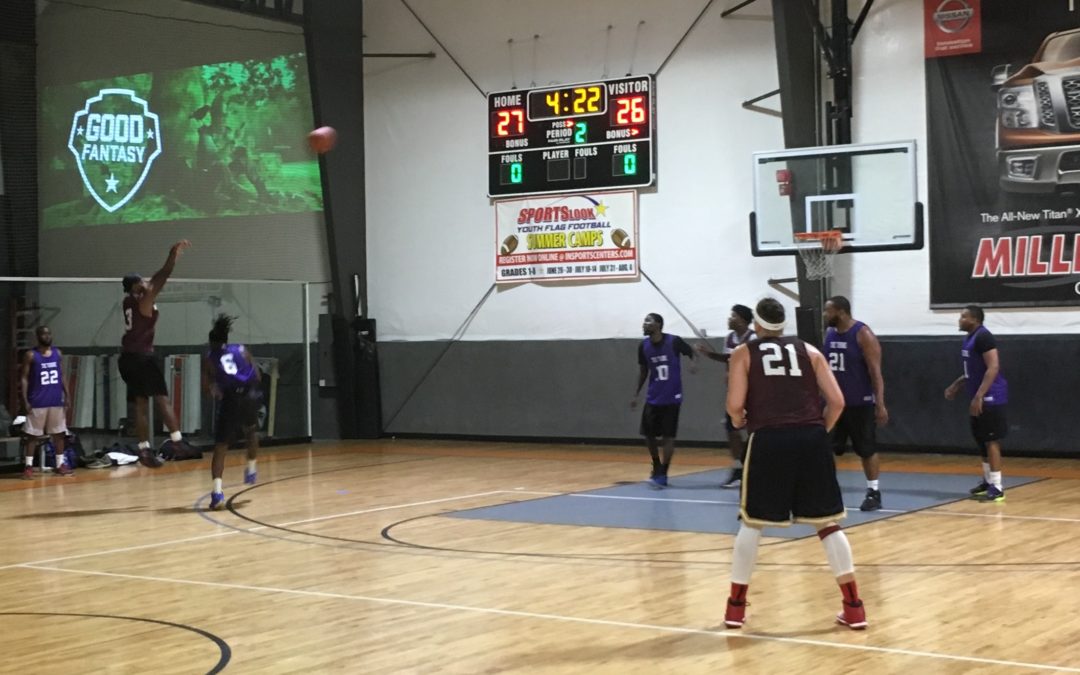 It had to be this way.

The Brotherhood have found themselves in close games all year, with almost all of them resulting in victories. They have been here before, so Tuesday night’s quarterfinal game was no different, even without Russ Payton and only one player to come off the bench. They were still able to come away with a 75-73 overtime win over The Throne to advance to the Semifinals.

The short bench really didn’t matter for The Brotherhood, considering Mike Davis shouldered the load that three players would usually take on. The All-Star finished with a game-high 34 points while swiping three steals on the defensive end.

“That’s the best player in the league,” The Brotherhood’s Jibril Chisholm said of his star teammate. “He’s the MVP of this league.”

He was certainly the MVP of this game. Davis hit four of his eight three-point attempts, while the rest of the team made just one of their 11 attempts from downtown. The defensive effort was much more balanced for The Brotherhood, as they were able to force 12 turnovers thanks to their patented press defense.

Like The Brotherhood, The Throne was shorthanded as well with the absence of Joe Baccielo, who gave it a go in the Second Round on Monday night but was not able to overcome a lingering injury. Still, The Throne were able to play The Brotherhood down to the final seconds for the second time this season.

The Throne was able to convert on some crisp ball movement when they were able to break the press, as they racked up 20 assists as a team. Jacobson Jean-Baptiste led the way for The Throne with 25 points on 11-of-21 shooting. Still, it was not enough to overcome a Brotherhood team that has one thing on their minds.

“We’re winning the Championship,” Chisholm said with conviction after their thrilling win.