The Bucket Chasers chase Ozone Boys off the court 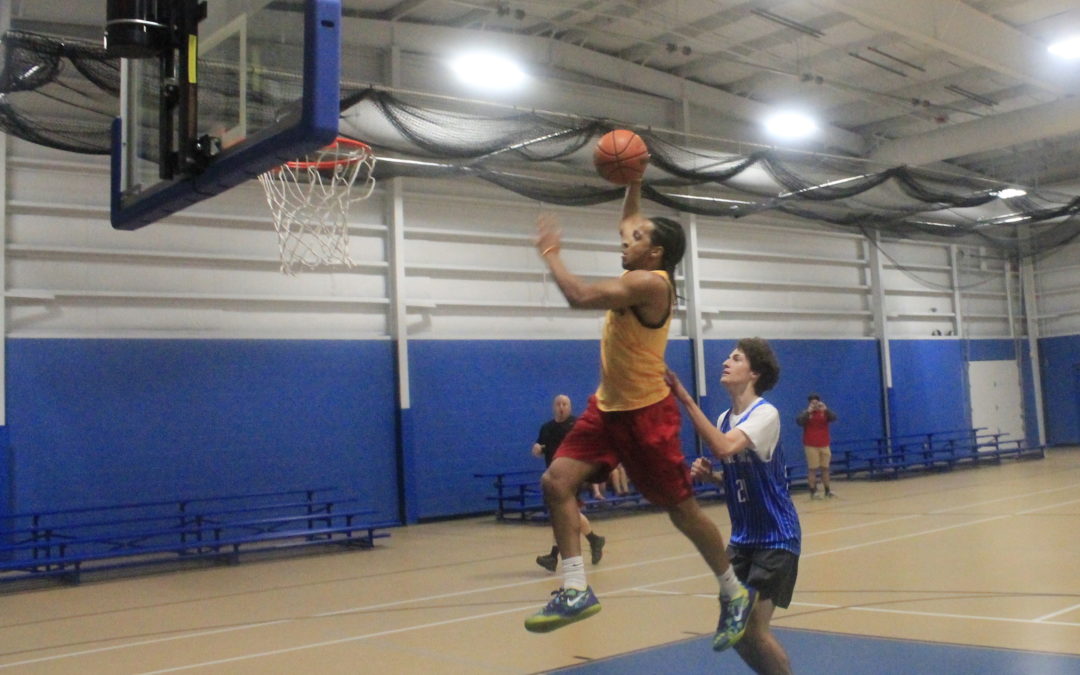 After winning an impressive six-straight wins, the Ozone Boys lost that streak to the Bucket Chasers who have won three-straight games by large margins. The Bucket Chasers seem to be finding their stride at the most important time of the year, giving them momentum moving into the playoffs.

Right from the tip it seemed clear that the Ozone Boys were flat, and the Bucket Chasers came ready to ball. The Bucket Chasers took a massive 22-point lead into the half, and they didn’t look back all game.

The Bucket Chasers used their great depth to beat down the Ozone Boys on both ends of the court. They finished with ten steals, and had 20 assists as well, big games for both statistics. They had 26 huge bench points which was also a great boost, and part of the reason why they were able to dispatch of Ozone so handily.

“We just wanted to minimize our mistakes, capitalizes on their errors, and it worked out pretty well for us.”, Bucket Chasers point guard Henrique Goncalves said about their game plan coming in.

That they did, creating 12 turnovers, and only committing six of their own. Limiting turnovers certainly wasn’t what made or broke this blowout win, but some players had very noteworthy performances that did. Mike Moran had his best game of the year scoring 19 points and grabbing eight rebounds, Sergio Dalomba did his thing pouring in 29 points, and Kevin Figueiredo had 18 and six rebounds as well.

This being said, it was a rough performance from the usually exciting Ozone Boys. They were missing two key players in Jason Larosiliere (16.0 PPG), and Nelson Diep (8.2 PPG), but it was that still might not have been enough to help them win on Tuesday night.

The Ozone Boys should be fine as they sit in the fourth seed at 6-3 matched up with the Shady Dunkers in the First Round, but they’ll need a lot more of what they did during their six-game winning streak, and a lot less of this performance to make a deep run.

The Bucket Chasers are the seventh-seed after finishing 5-4, stuck in the log jam of five teams with the same record. They will be facing off with The Goodfellas, who they whooped only two weeks ago by 36 points, but it’s a one game playoff and anything can happen.

“We’re playing with momentum, everybody has built up some confidence, couple roles players stepped up real big today,” Goncalves said. “We should do pretty well in playoffs.”