The Chasers use second-half surge to beat the Temptations 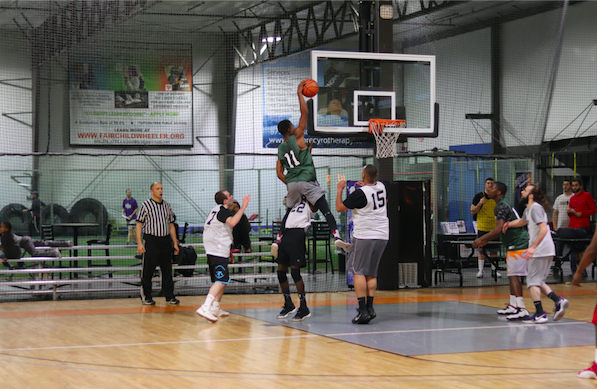 The Chasers started Monday night’s game against the Temptations won a 12-2 run, but the resilience of The Temptations sprung into action, as they put together a 27-12 run to end the first quarter. In was a game of runs and lead changes, and it was The Chasers who improved to 2-0 on the season, winning 80-70.

The Chasers were able to step it up in the second half, outscoring the Temptations 42-30. Even with the victory, they still were not content with their letup in the second quarter.

“We got a little complacent, we [have to] stick with our defense,” The Chasers’ Larry Little said. “We started to play slower, thinking it was going to be easy, but the Temptations are a tough team. They were the ranked No. 1 in the power rankings for a reason.”

For The Chasers, Diontay Washington and Jerry Washington combined for a total of 49 points to propel their squad to victory. For The Temptations, Melquan Horton had a productive night scoring 25 points and adding 11 rebounds.

Coming off a huge victory last week against The Monstars, and a close one in Week 2 against The Chasers, The Temptations are strong contenders for a playoff push after their highly-competitive matches versus two powerhouse teams.

In Week 3, The Temptations look to bounce back as they play Semi Pro (0-2), while The Chasers take on a prolific scoring offense in The Blue Devils.

“We got to get some chemistry going, get better with our defensive communication,” Little said. “And the offense will take care of itself.”