The Firm escapes with first win over Lob 203 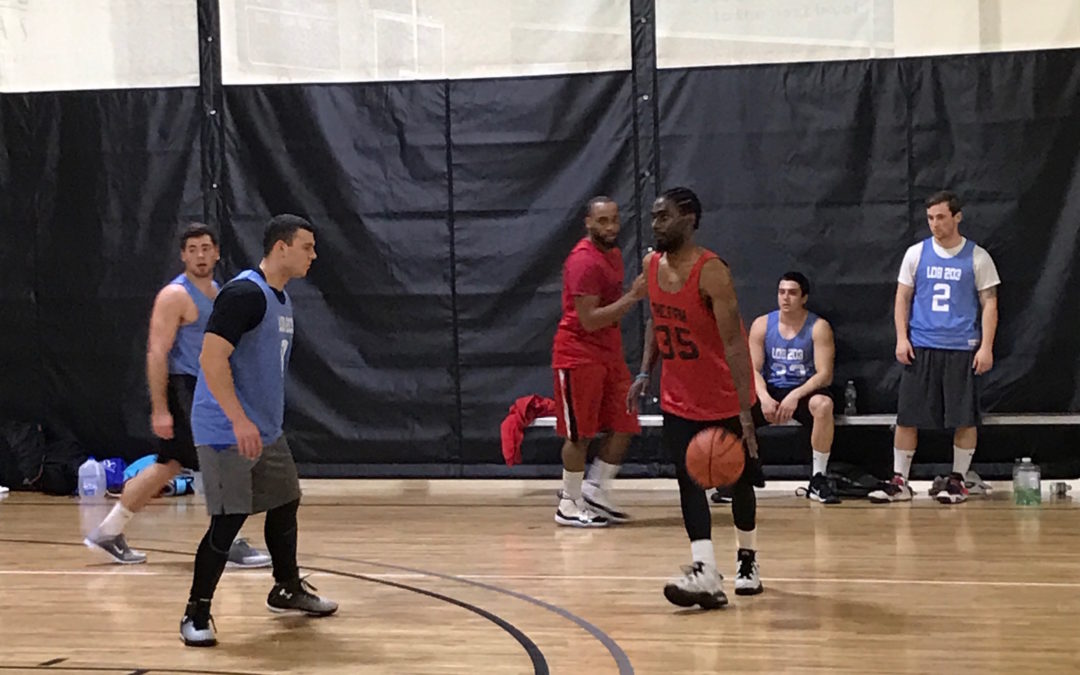 The Firm and Lob 203, two teams that are new to Legacy Leagues, faced off in the first night of season play. After a hard-fought battle that saw several lead changes, The Firm ultimately pulled out the win 54-52.

“It was a good game, but tiring” The Firm’s Barry Powell said. “We definitely need more conditioning.”

Lob 203, comprised mainly of players from last season’s Blood, Sweat and Beers squad, looked as though their chemistry together as a team was to their benefit, however they couldn’t score at an efficient rate. The first half of play was primarily dominated by Lob 203 and was controlled by Austin Kozak, who finished the contest with a game-high 17 points.

The Firm really struggled to find an identity and simply could not hold on to the ball well enough in the first half. Powell and his team trailed 29-26 at the half and came out with a different approach in the second half of play.

The final minutes of the game were the most exciting as it went back-and-forth down the stretch. Although Lob 203 held onto the lead for much of the contest, The Firm was ultimately able to secure the win after two clutch free throws in the final seconds of the contest. Not one player specifically dominated for The Firm as it was a true team effort to get a well-deserved win.

The Firm were missing a few players and will look to improve their hustle and efficient style of game as they will play the Monstars next Monday at 10 p.m.

“We definitely got to get this floor down and get this stamina up, but besides that we just need to move the ball and we’ll be fine,” Powell said.

As for Lob 203, they will look to get their first win next Tuesday night against the Renegades.