The Flint Tropics outlast Redemption, pulling away in final minutes 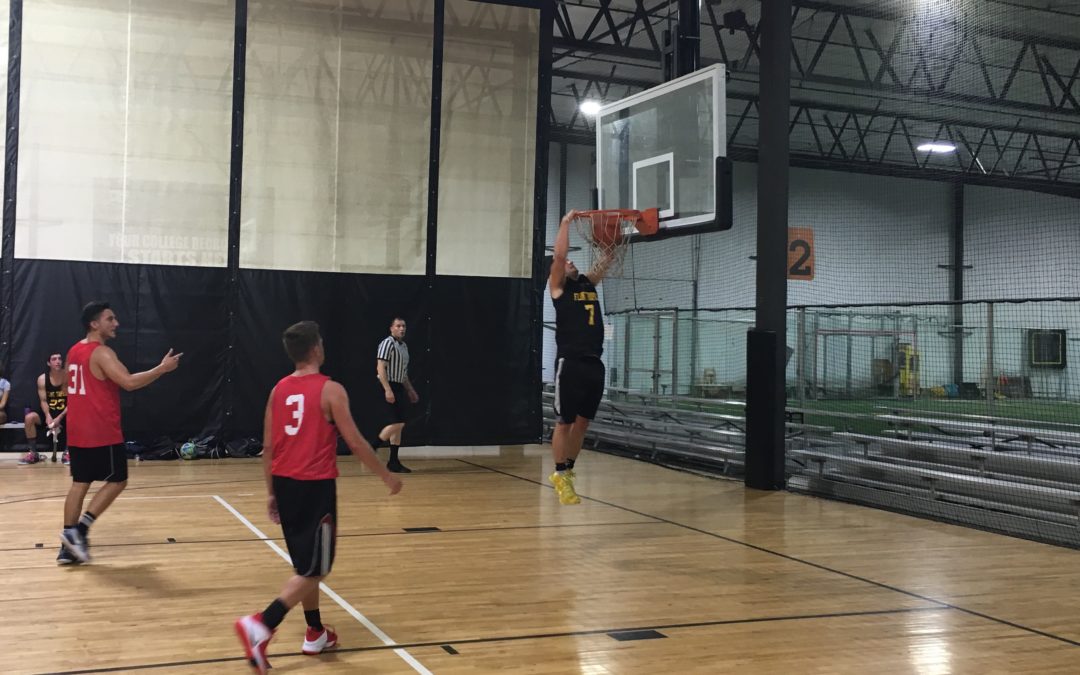 When the Week 6 power rankings were officially released, the Flint Tropics made it clear that they were not happy with their placing. Led by Mike Bozzuto, the Flint Tropics used that same frustration to fuel a victory over Redemption, 75-64.

When asked about the keys to Monday night’s victory, the Flint Tropics’s Matt Cyr said, “it was putting us behind Sensual Chocolate on the power rankings.”

All season long, the Flint Tropics have been earning statement wins over established teams, yet still find themselves searching for their proper respect. Regardless, this team looks to perform better when playing with a chip on their shoulder, evident by their double-digit win over Redemption Monday night.

After a brief one-week hiatus, Mike Bozzuto made his return for the Flint Tropics, finishing with 19 points and five rebounds. Bozzuto is the star of the Flint Tropics, known for his versatility as both a scorer and defender. Bozzuto’s unique combination of length and speed caused noticeable issues for Redemption all night, as he filled up the stat sheet on both ends of the floor.

As for Redemption, they continue to slide in the standings, which is truly disappointing based on their success from last season. One of the issues for Redemption is that they have not been able to fill the roll that Jalen Graham played for them before changing teams in the offseason.

Despite adding scoring threats like Dom Migliaro there still seems to be a clear void on the offensive end whenever Redemption needs a clutch bucket. A Week 8 matchup with the Monstars creates for a rematch from last year’s finals, but I would be hesitant to expect the same type of excitement that last year’s game had to offer.

The Flint Tropics set their eyes on Sometimes Y in Week 8, a matchup which shouldn’t draw much attention in terms of competition. When asked about their thoughts heading into next week, the entire team unanimously echoed: “Corndogs.”