The Goodfellas barely hold on against the Halfway Crooks 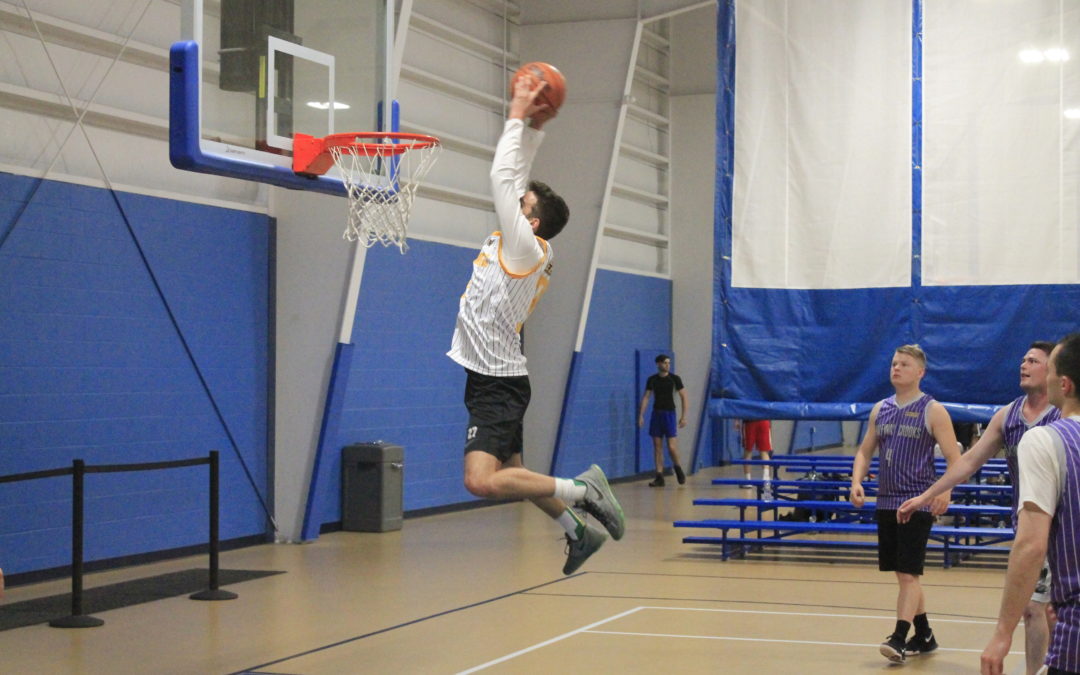 On Tuesday, we finished the night with a thriller, as this one went to the buzzer.

The Goodfellas were able to take an early lead, and hold it for a majority of the game. They led by six at the end of the first quarter, as well as at the half. The Halfway Crooks were constantly nipping at their heels as they would get it to a close game, then The Goodfellas would extend the lead once again.

This pattern continued up until about two minutes left when the Halfway Crooks brought the game to within two. at roughly the 30-second mark, Dylan Lincoln got a huge bucket for the Halfway Crooks to tie the game. The Goodfellas responded with a rebound and a putback by Matt Sweeney to take the lead with 1.2 seconds left on the clock. With an opportunity to win it at the buzzer, the Halfway Crooks missed, and walked away with a loss.

A major factor in this game was depth, while The Goodfellas arrived eight men deep, the Halfway Crooks only had four people dressed and ready to play. With four people playing, only three appeared on the scoreboard. Despite the loss, Dylan Lincoln led all scorers with 24 points for the Halfway Crooks. Joey Zocco added 17 while Jared Hanson tacked on 16 of his own.

MJ Notarianni led the charge for The Goodfellas with 21 points, and Matt Sweeney followed with 13. One major difference between the two teams can be seen in the rebounding numbers. The Goodfellas pulled in nearly twice as many rebounds as they won the battle of the boards 35-18.

After the game, I had an opportunity to speak with MJ and Matt from The Goodfellas, and they both pointed out problems with conditioning being the primary reason that the Halfway Crooks were able to bring it back a little bit in the second half. We will see if their conditioning improves as the season moves along.