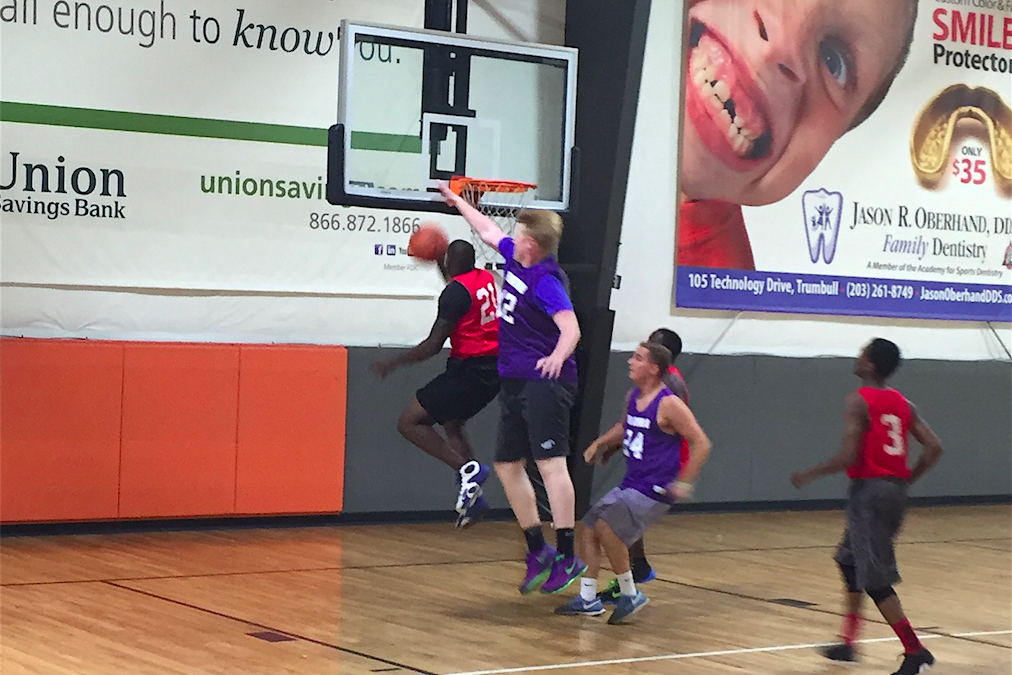 The Hateful 8 got completely demolished in their final game of the regular season, losing to The Pandas, 90-47. Jelan Mason was a huge reason behind this 43-point blowout, as he ended with a massive triple double: 39 points, 14 rebounds, 12 steals and five assists.

His domination propelled his team to the 4-seed in the playoffs, which is a great position to be in, considering their constant lineup changes throughout the season. Mason seemed to get anything he wanted at anytime and anyplace on the court as none of the Hateful 8’s players had an answer for him. His high-flying dunks, shooting, rebounding, passing and stifling defense were all on full display.

Behind him came Chris Dias and Dre Joyner, who combined for 31 points, eight rebounds, four steals, and four assists.

Mason, Dias and Joyner will have to be their team’s three headed monster going forward now that the playoff are upon as kicking off next week.

On the other side of things, The Hateful 8’s only bright spot came through Stephen Petrahi’s double-double of 12 points and 13 boards, but it was not nearly enough to stop the bleeding and pull out a victory before the end of the season.

The Pandas will play Zewcrew in the quarterfinals, while The Hateful 8 will duel it out against Run TMC in the playoffs on August 9.