The Kekambas win the battle of West Haven, upsets BS&B 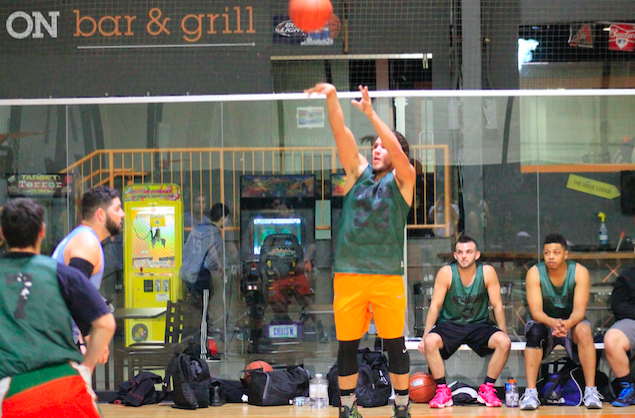 After a hot start from the Kekambas, their West Haven counterparts Blood, Sweat and Beers found the fire and crawled their way back late in the second half, but Chris Aaron and his 24 points said otherwise, extinguishing the BS&B flame for good this season, as 10-seed The Kekambas upset 7-seed BS&B, 47-41.

BS&B started the night off terribly, missing layups and short jumpers, while taking ill-advised shots that led to turnovers and easy, early points for The Kekambas. They found themselves with 11 points in the first half and facing a 14-point deficit.

The Kekambas on the other side of the coin found themselves up on the scoreboard, but certainly not performing much better than the first round opponent, having only 25 points in the half.

The tables were turned very quickly in the second half, as BS&B found their groove and the bottom of the net, stringing together a 14-2 run in the third quarter, highlighted by Cody Dilenardo‘s posterization of The Kekambas’ Shane Russell that breathed new life into a struggling squad.

But it wasn’t enough, as The Kekambas seemed to be one step ahead of BS&B the majority of the fourth and proved it by hitting big free throws and grabbing crucial offensive boards at the end.

“We knew this win was coming,” the Kekambas’ Spokesman Mike Ciarlegio said. “We felt robbed Week One (a loss vs BS&B). We just had to come out and play hard defense”.

They will have to continue the hard defense, as they have 2-seed No Limit in the quarterfinals next week.

The Kekambas will need big games out of Aaron and Davin Sirpenski, who added 14 points and seven boards to the winning effort, to have any chance of winning next week.

Cody Dileonardo was the lone bright spot on BS&B, providing big plays and momentum shifts along with his 11 points, 3 blocks and 3 steals.