The Monstars manhandle the Untouchabulls 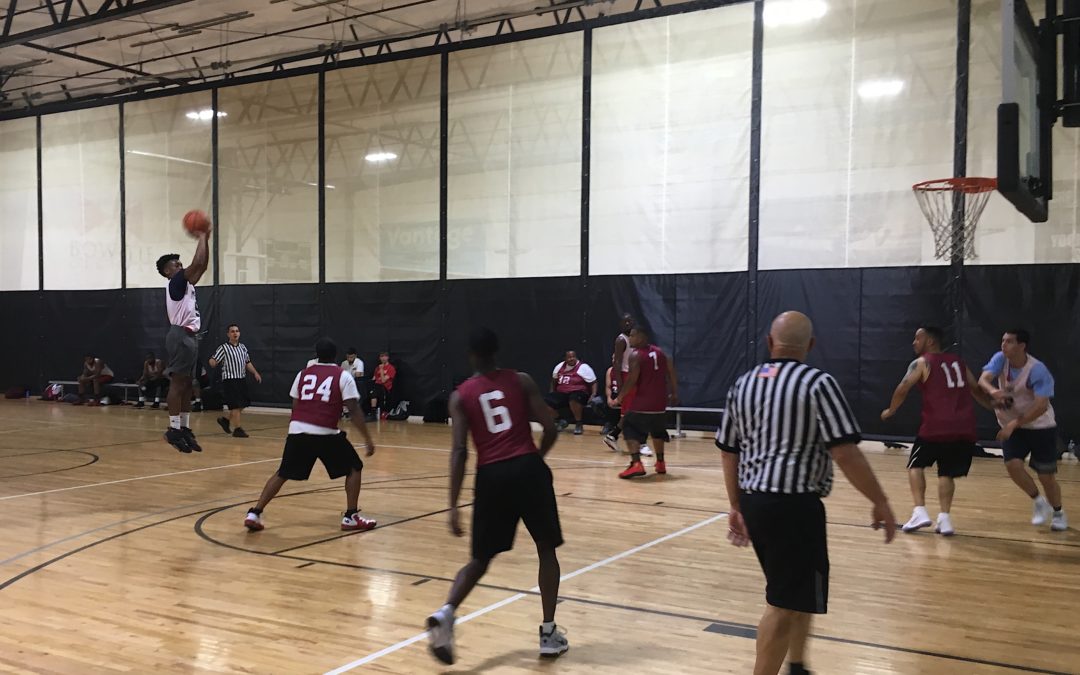 As defending champions, it’s no doubt that the Monstars entered the Summer ’17 season with a target on their back. Now after concluding four weeks of play, the Monstars continue to look unfazed by the pressure, defeating the Untouchabulls by a hefty score of 118-59.

The Monstars have been recently scrutinized for their easy schedule to start off the season. Even with an established championship pedigree, the Monstars are still seeking their proper respect.

“They don’t respect us,” Monstars’ Greg Langston said. “We’re the worst team in the league,” he added with a laugh.

The Monstars will see a Flint Tropics team next week that has proven to be an early contender. We’ll see if the Monstars can pass what many would consider their first real ‘test’.

For the Monstars, Reggie Stewart continues to impress, showing off his ability to be a true floor general. Stewart was able to slash through the Untouchabulls defense to create easy opportunities for himself and his teammates, finishing the night with a game high nine assists to go along with 18 points. To quantify the difference in ball movement, Stewart finished with more assists than the entire Untouchabulls roster combined (7).

One of the key beneficiaries of Stewarts passing was Greg Langston. Langston has shown to be one of the most versatile scorers in the league, known for his ability to bang down low, while still possessing a dangerous jump shot from the outside. His 26 points led all scorers in this one, which surpassed his stellar teammate Kintwon Miles, who finished with 23 points.

As for the Untouchabulls, the loss now drops their record to 1-3. The team has individual talent scattered throughout their lineup, but they fail to score efficiently in half-court sets. Fabian Sanchez was the only player on the Untouchabulls roster who shot over 40 percent with a minimum of five shot attempts. In order for this team to start pulling out more wins, they need to focus on distributing the ball and shooting a higher percentage.

With still 5 weeks of play left until the playoffs begin, there is still plenty of time for both of these teams to make changes for the better or worse. Now that rosters are locked, it will be interesting to see what the future has in store for these two totally different squads.