The Monstars reign over The Throne after long-fought battle 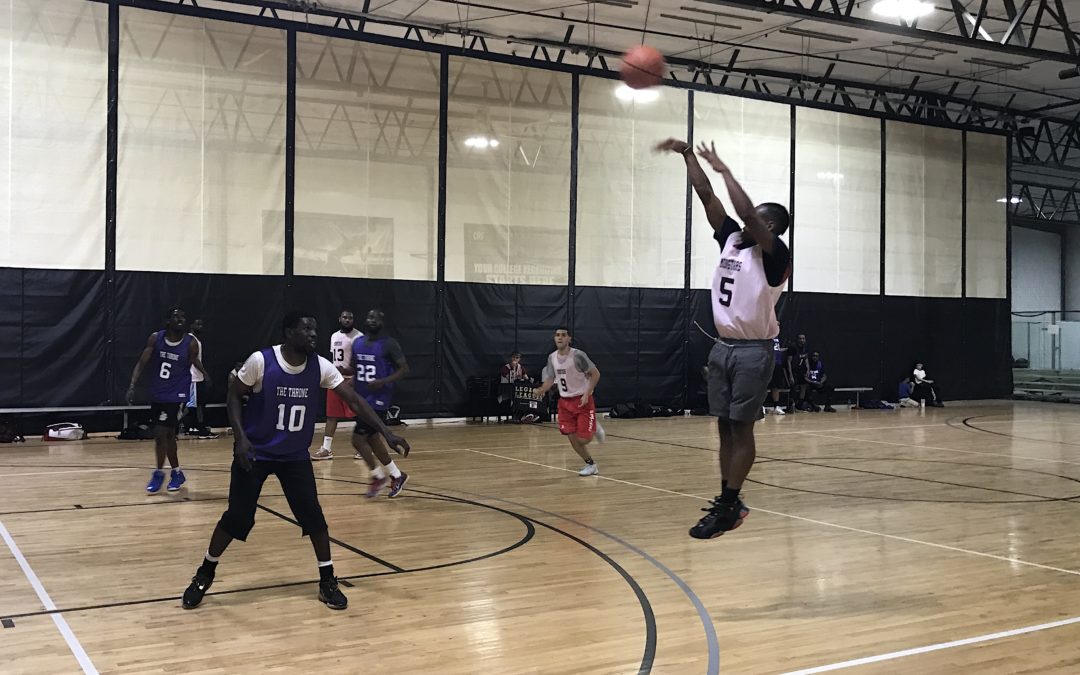 Set to defend the championship they just earned, the Monstars entered the day with high expectations to start off their season the same way they ended their last: with a win. Matched up against The Throne, the Monstars squeaked by and came out on top with a 70-65 victory.

Zee Arch and Reggie Stewart were absolutely dominant in this one, combining for 51 points. Stewart’s ability to score from all over the court paired with Arch’s ability to operate as a stretch big from deep and still score in the post makes this duo extremely dynamic on the offensive end.

There is absolutely no question the Monstars can score the ball, but they left more to be desired on the defensive side of the court. After leading by 10 at half time, the Monstars let The Throne back into it and found themselves trailing with 2 minutes left in the game. If not for some big time plays by Stewart in the final stretch, the Monstars could have easily found themselves in an 0-1 hole to start the season.

Jacobson Jean-Baptiste from The Throne had an incredible night, despite being on the losing end of this one. His 23 points weren’t enough Monday night, but he and his team showed true determination in a comeback effort that fell just short against one of the best teams in the league. The Throne should keep their heads held high, as they have shown potential to be a legitimate competitor this season.