The Ozone Boys clamp up on D, make it four-straight wins 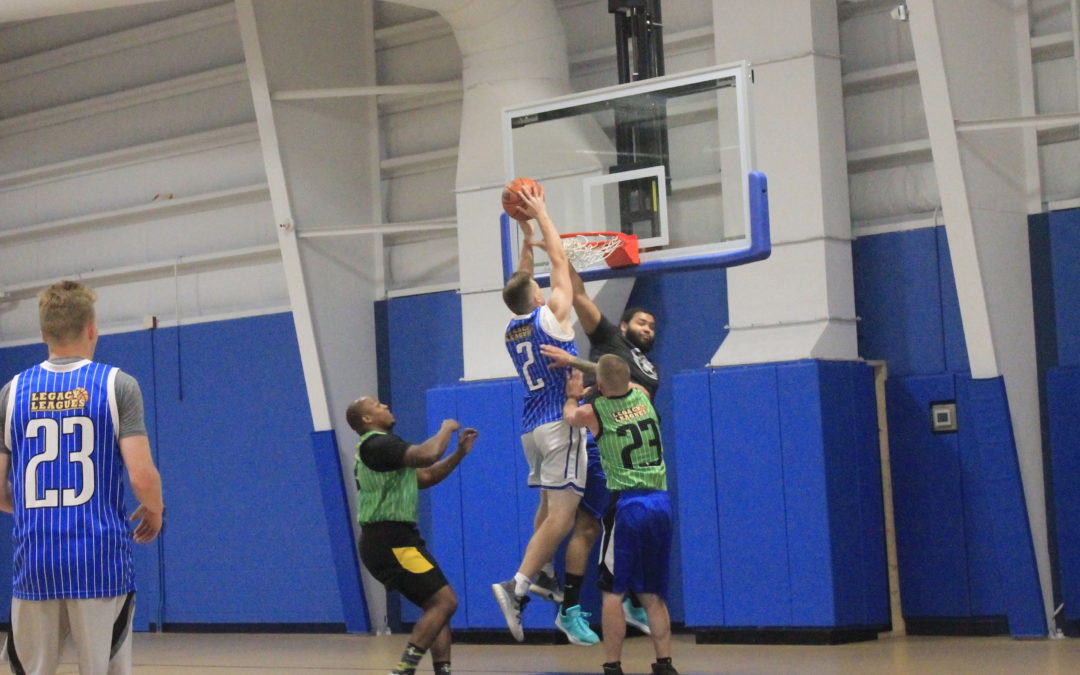 Two of the hottest teams in the league matched up on Tuesday night for a hard nosed defensive battle, with the Ozone Boys squeaking past the Boston Blazers, 57-50.

The Ozone Boys were able to secure the win as the game came down to the wire, for their fourth-straight win since starting the season 0-2.

“The addition in the coaching staff in myself (laughing) that really help change the tides,” said coach Mack Hanley on their winning streak.

The Ozone Boys bring a little something different than other teams in the league. They have the rowdiest crowd, most lively bench, and show the most passionate and enthusiasm on the court. Being one of the youngest team in the league, this seems to help them take their play to another level, even against grown men.

The Ozone Boys used their speed, athleticism, and youth to their advantage as they got out on the fast break, and love to play in transition. The Boston Blazers struggled to keep up with them running like that for the entire 40 minutes, as have many other teams.

The Ozone Boys were led by a big four on the night, Luke Hogan, Jason Larosiliere, and Noah Berg all scored 15 points respectively, while Patrick Hogan added in 11 of his own. Besides that the other Ozone Boys scored one more point. Going forward they’ll need more help from their rowdy bench mob on the court.

They were hit with some adversity as Nelson Diep went down with an injury early in the game, which made things even harder going against a very good Boston Blazers squad.

The Boston Blazers struggled with the Ozone Boys pace of play, and seemed to get a little worn down towards the fourth quarter. Jermaine Patterson, Ade Bright, and Corey Strickland all scored in double figures, but it wasn’t enough to keep up on Tuesday. It was just a tough night overall, as Ozone’s tenacious defense held them to a dismal 34.6 percent shooting from the field.

The Ozone Boys are winners of four straight, and have sent a clear message to the league.