The Pandas unable to claw back, fall to Insports 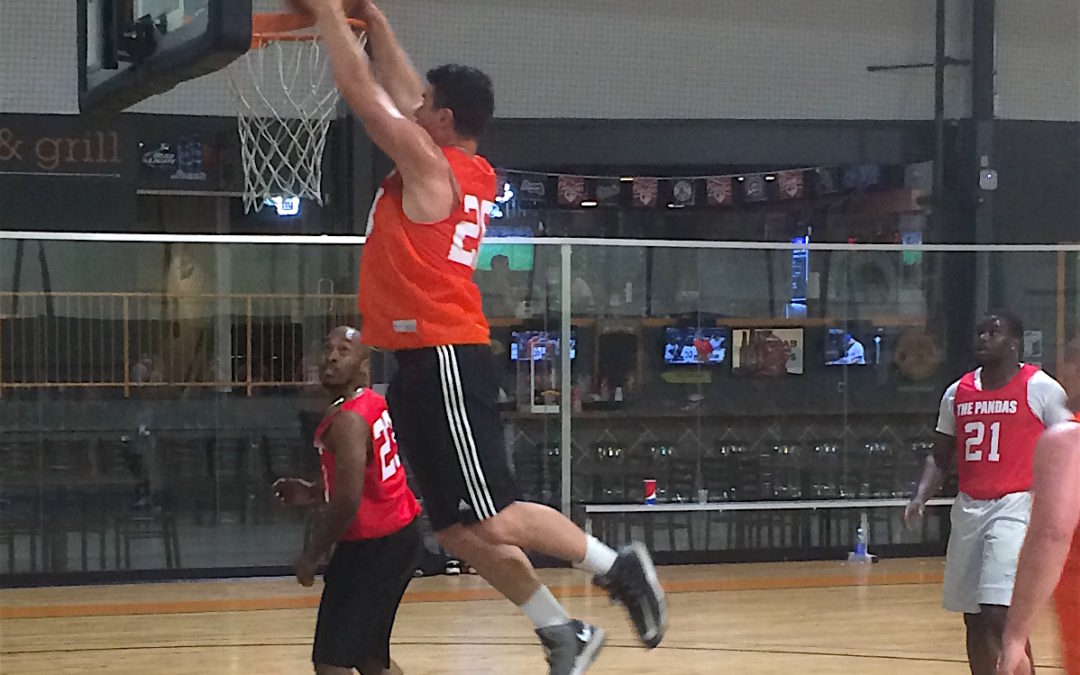 The Panda’s guard Jelan Mason made his presence felt all over the floor in his team’s 2016 Legacy League opener against Insports on Tuesday night, as he finished with a game-high 26 points and ten rebounds. However, with his team facing a three-point deficit in the final minute of play, Mason was on The Pandas’ bench as his team failed to complete a come-from-behind victory.

Pandas forward Joe Spain, who was second-highest scorer for his team with nine points, flung a three-pointer with his team down 49-46. The ball caught nothing but air, and Insports was able to corral the ball and close out on a 51-46 win in the opener.

“[Insports] played smart down the end,” Spain said. “They knew what it took to win. They played like a veteran team.”

Insports jumped out to a 14-9 lead in the first quarter behind the efforts of forward Andrew Cavanagh, who finished with a team-high 21 points. The teams played an even second quarter, each scoring 12 points, as Insports carried a 26-21 lead into the second half.

“It went pretty well,” Cavanagh said during halftime of Tuesday’s contest. “We’re having a good time and have a slight edge.”

Insports extended its lead to 32-22 within the opening three minutes to the second half. Although his team was down, Spain says he and his team kept their feet on the gas pedal to claw back in the second half.

“[Insports] only had five guys,” Spain said. “We knew they’d run out of energy sooner or later.”

Mason threw down an alley-oop to make it a 32-24 with 6:50 to play in the third. The Pandas controlled play for the rest of the third as they closed out the quarter on a 13-5 run.

Cavanagh hit a go-ahead 3-pointer to give Insports a 46-43 advantage with just under four minutes to play. Cavanagh, who shot 4-for-9 from the free throw line, helped ice the game following Spain’s missed 3-pointer in the final stretch.

The Pandas face off against Run TMC (1-0) next week while Insports will battle Wake and Blake (0-1). Cavanagh said he and his team want to continue to defend their home floor in the inaugural Legacy League season.