The return: Brotherhood keeps rolling as schedule about to toughen 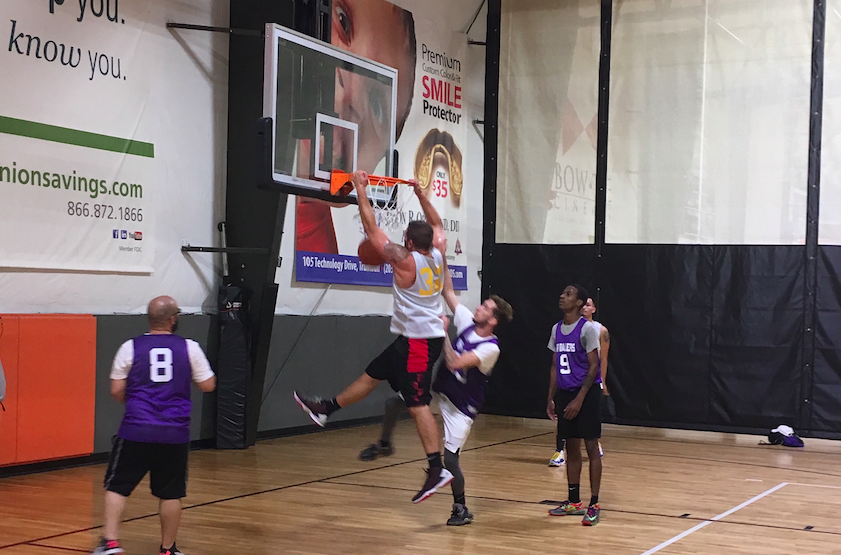 With Michael Davis returning for The Brotherhood, there was no need for his presence as the experienced Brotherhood squad trampled all over Jaylon Smalls and the amateur Air Baller’s team.

It seemed as though the Air Baller’s did not want to show themselves inside the Insports facility to face the intimidating champions of last year as they lost right from the tip off. Without the Player of the Week from week four, Russ Payton, Davis and The Brotherhood ran through the Air Baller’s effortlessly in a 105-51 victory.

“Turnovers, turnovers with the ball,” Smalls said, ” We need to focus on being more secure with the ball, getting more shots, and the shots we can take, we need to take them.”

The Brotherhood treat every game like its the same, as if it was the championship game. They utilized the full-court defense on the Air Baller’s almost to an excessive amount. They would not give the number twelve team in our rankings a remote chance at getting the ball down the court without double teaming and pressing them all over the court.

Without Jaylon Smalls bringing the ball down the court for the Air Ballers, the rest of the team would stand no chance to find open shots. Smalls is the only impact player for his team, and they need to learn quickly before the second half of the Legacy Leagues season is underway. Smalls cannot do it himself and they need to find another one just like him or else they will stay winless this season.

“With Micheal Davis back, it definitely brings back leadership for the team,” The Brotherhood’s Derick Davis said. “You saw tonight Davis had 17 points with 14 assists… unselfish.”

It is evident that The Brotherhood does not necessarily need their whole squad out there to win these 40 minute games. Nevertheless, the schedule that they have had in the recent weeks have been against teams that are lower in the power rankings. Now they will play teams like the Sportslook and BS&B.

With week five in the books who knows what could happen in the remainder of the season, The Brotherhood schedule is going to become more difficult, but with Michael Davis back and Russ Payton running alongside him, it will be tough for any team in the Legacy Leagues to keep up with this fast-paced, energetic squad that is hunting for another championship before 2016 ends.

Yet, there is plenty of time for these middle ranked teams to show The Brotherhood what they are really made out of and give them a run for the money.