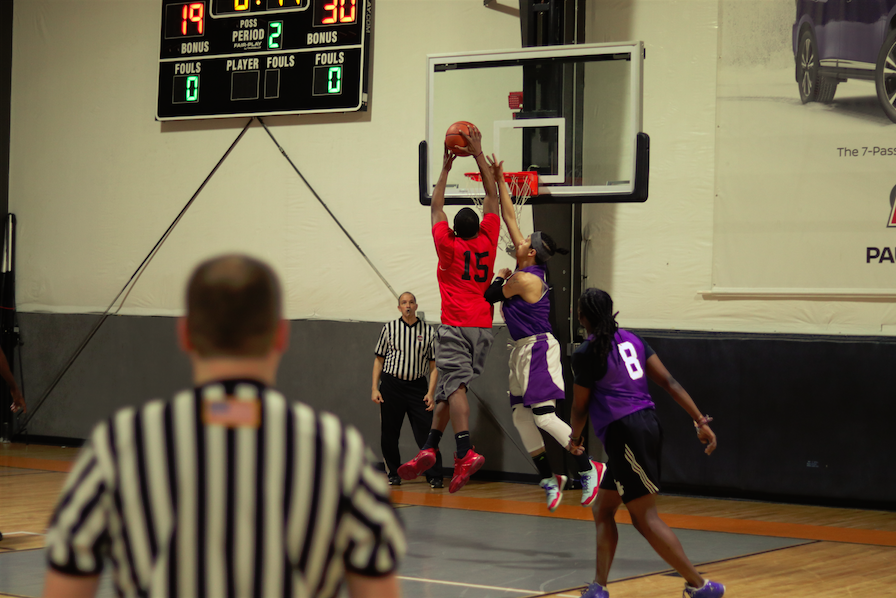 On Tuesday night the Rim Breakers were clearly the more talented team. With the help of each and every player on their roster, the Rim Breakers beat The Throne cruising to a 15-point win, 88-73.

The Rim Breakers’ offense showed a great deal of poise and stellar ball-movement. The depth of the Rim Breakers provide them with solid rotations and fresh legs. Every single player for the team contributed points for their team win. Specifically, John Pittman led the team with 18 points. Turnbull, Bronson, Fairfax and Huckaby were able to put up double-digits as well. Bronson and Fairfax each grabbed eight rebounds.

For The Throne, Jacobson Jean-Baptiste was money, shooting 45.0 percent from the field for 22 points. JR Wright, Stenson Jean-Baptiste, and Dashawn Moffat were also involved in the action combining for 38 points. Wright and Stenson were also responsible for 18 of their 26 rebounds.

Jason Hernandez was unable to get anything going, shooting 2-of-11 from the field. With one of The Throne’s most productive scorers being so inefficient, it was up to the other players to step up. They shared the ball nicely, but in the end it wasn’t enough for the The Throne.

The Rim Breakers take on the electric Blue Devils squad next week.

The Rim Breakers were solid from the field, so if they can carry their momentum into the playoffs look for them to make a run. The Throne will take on the only remaining undefeated team No Limit in the final week of the Winter 18 regular season.