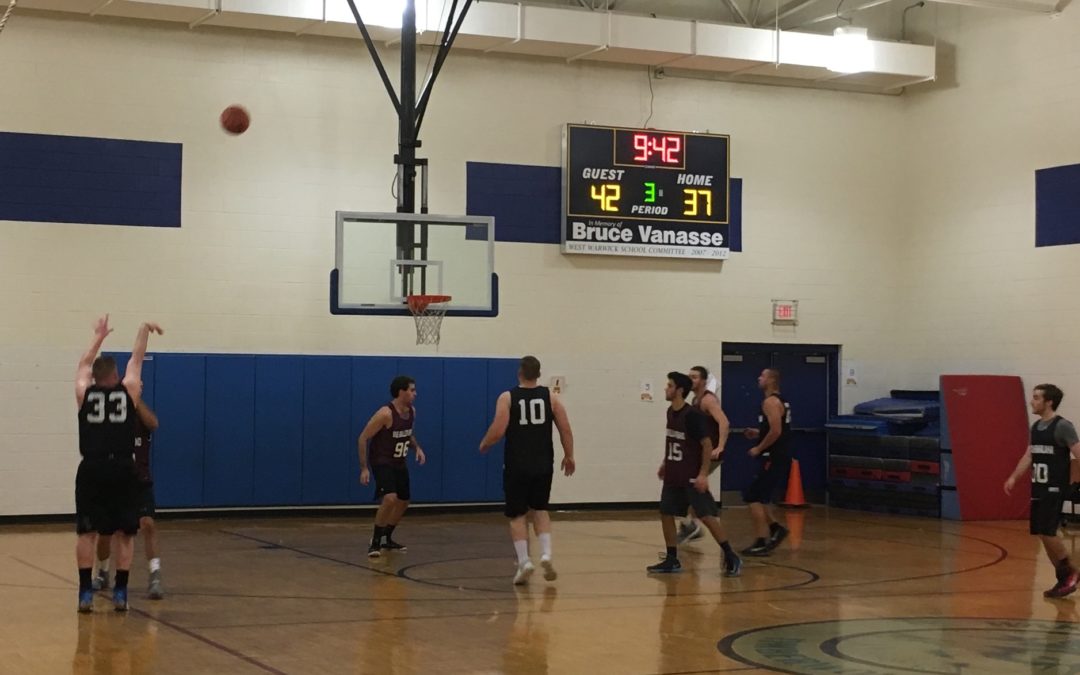 Boom-Shakalaka earned their sixth victory on the season with a 101-81 win over Big Baller Brand. Matt Camara attributed the win to the mustache he’s been growing out.

Boom-Shakalaka sweep the season series against Big Baller Brand, after taking the first matchup, 81-47. To accompany Martin, Jeremy DiMicco had 31 points and 14 rebounds in the absence of his brother, Trevor, in their Week 8 matchup. Camara was the other Boom-Shakalaka played to reach double-figures with 27 points (and two dunks).

Trevor DiMicco and Marc Belleville were both absent in this game, yet Boom-Shakalaka was still able to put up 100 points. With the two of them, this game could’ve gotten a lot more out of hand. Nonetheless, the rest of the team was able to pick up the slack to pick up a double-digit victory.

Big Baller Brand finishes off the regular season winless, but have a shot to get their first victory of the season in a playoff matchup against the third-seeded Halfway Crooks on November 29. Brett Cody had 37 points in a losing effort, which locks him in for third in the league in scoring (24.8 ppg). Ryan O’Neill and Mark Keenan both had double-digit scoring outings, dropping 13 and ten points respectively.

“It’s going to be tough, the Commissioner (Joey Zocco) really screwed us over with the scheduling,” Ryan Rawnsley said when asked about the two week break that comes along with being the two-seed. “We’ll have to stay loose and really get after it.”