The Stampede charges past the Shady Dunkers 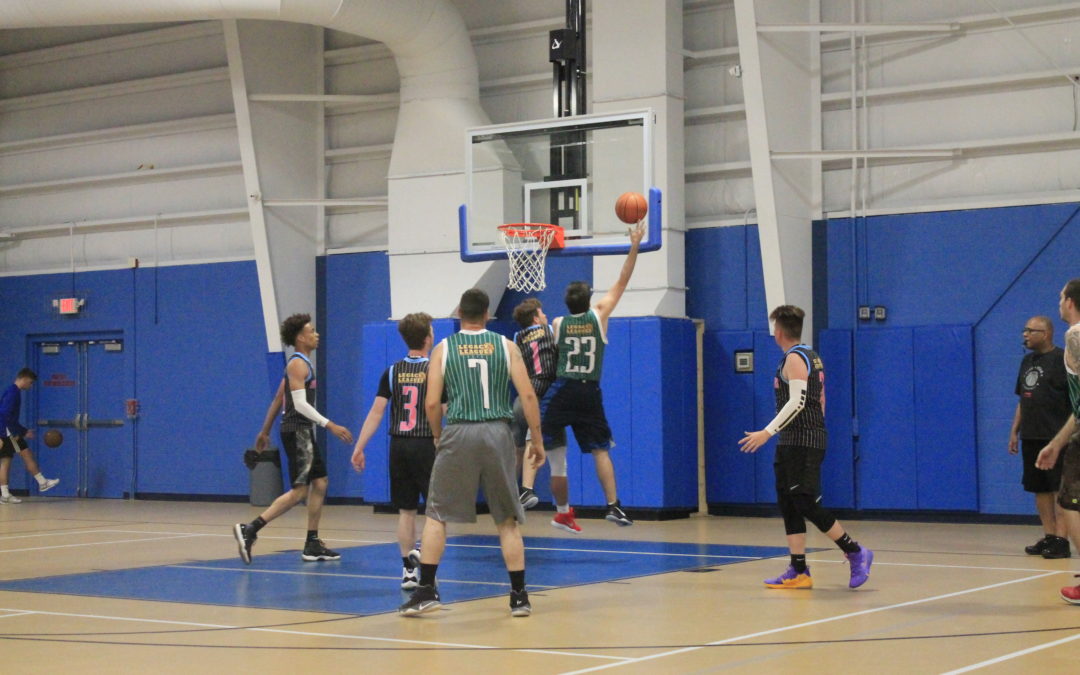 It can be difficult to try something for the first time’ and on Tuesday night the Legacy Leagues welcomed two new teams to the league with the Stampede and the Shady Dunkers. Both teams showed no nerves during the game, but the Stampede was the team that came out on top as they beat the Shady Dunkers 79-70 to earn a win in Week One.

After the Shady Dunkers got out to an early lead, the Stampede fought their way back into the game during the second quarter thanks to their balanced offensive attack.

Fellow rookie John Peterson (29 points) immediately made an impact for the Stampede as he showed why he could be one of the best shooters in the league. Peterson shot 7-for-10 from the three-point line with many of those shots coming from way beyond the line.

Before Tuesday night Peterson had never played on an 8.5-foot hoop before and because of that lack of experience, he did not know how he would play.

“I’ve never really played on an 8.5-foot rim before,” Peterson said. “I didn’t really expect to do anything.”

Peterson knows that it’s important for a team to have a balanced offensive attack so that they can score inside and outside.

“It’s pretty important because you actually have to cover (everyone),” Peterson said. “If you play inside and just get layups (other teams) can just play inside and not worry about (shooters) but it makes it more difficult.”

Peterson will be an important player for the Stampede this season and they will look to improve on their week one victory when they play the Basket Hounds (0-1) next Tuesday at 7 p.m.