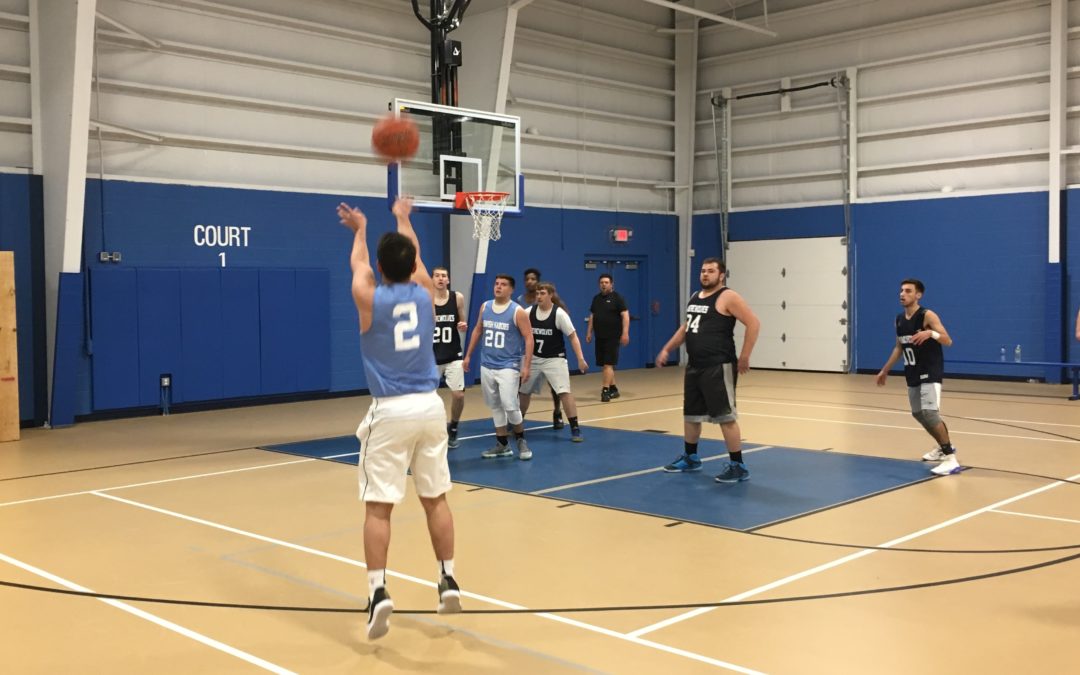 At the end of the Quarterfinals matchup between the fourth-seeded Swish Kabobs and the fifth-seeded Werewolves, no one would have thought the game was within one possession at halftime.

But it was. The Swish Kabobs walked off the court Wednesday night with a 72-52 victory over the Werewolves, earning them a Semifinals matchup against the top-seeded Green Squad. Although the final box score reads a blowout victory, it was far from that for the Swish Kabobs. They only lead 24-21 after the first half, however turned in 48 points in the second half to break the game open.

Kyle Vieira stepped up for the Swish Kabobs, pouring in a team-high 20 points off the bench on 64.3 percent shooting. Tyler Barbosa contributed 14 points as well, and Tezhan Massey scored 10 points along with eight rebounds.

The Swish Kabobs fielded a full team today, with four starters and four bench players substituting in and out. The ability to field a full, skillful second unit gives them an advantage over nearly anyone in the league.

“First of all, we ain’t the B-team,” Vieira said. “We’re just the second unit. We have a really good second team, so it gives us an opportunity to score, help our first unit out, and get back into games.”

As a team, the Swish Kabobs shot poorly from deep, only connecting on 3-of-18 triples they launched. They were able to combat that number with an efficient night from the field overall, shooting a perfect 50.0 percent from the floor.

“As long as we move that ball around, and everyone’s involved, I don’t think we’ll have a problem,” Barbosa said.

The offensive consistency was the difference maker. The Werewolves only connected on 37.3 percent of their shots and only had three players score more than two points, much of which can be credited to the Swish Kabobs’ defense. Gino Forte led all Werewolves with 22 points, followed by Brian Heston with 17 points and 13 rebounds. The two struggled, however, shooting a combined 17-of-45 on the night. The rest of the team only accounted for 13 points, and Jared Gansert had nine of them.

For the Werewolves, this game puts an end to their Winter 2018 season. Forte and Heston continued to impress offensively, while Brad Allen turned himself into one of the more dominant bigs in the Rhode Island Legacy Leagues.

“Hopefully we come out with the same intensity we had tonight,” Vieira said. “Just play our game… the Swish Way.”