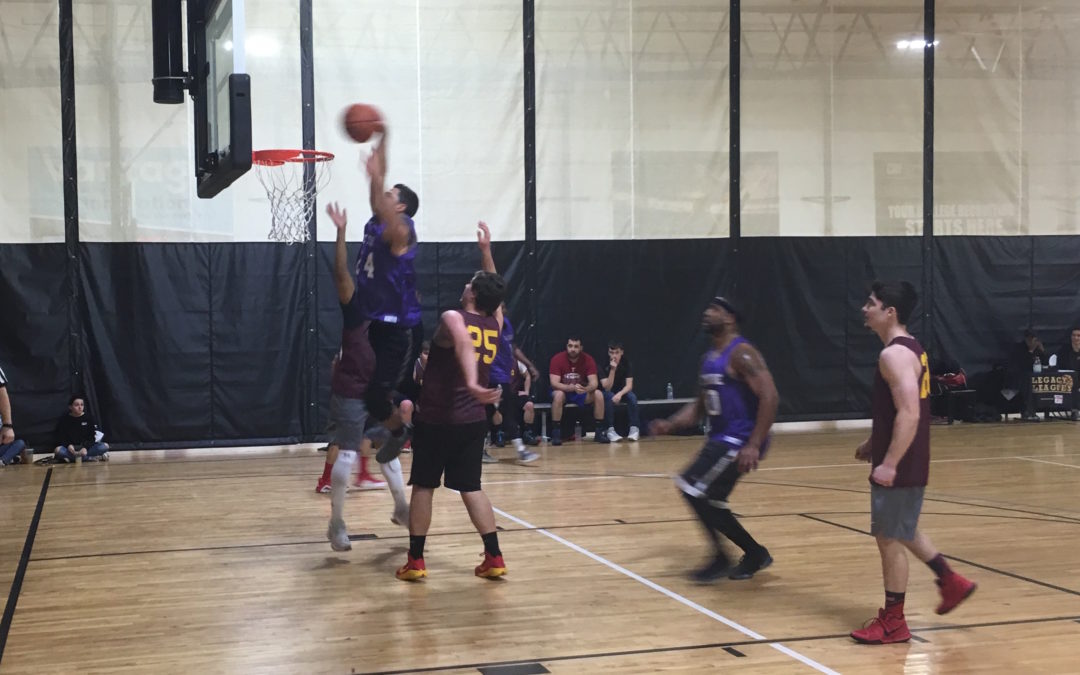 After a lingering ankle injury sidelined The Throne’s Joe Baccielo for most of the Summer 17 season, he played like a man possessed in his return Tuesday night. Behind 51 points on 22-of-30 shooting, he and The Throne showed why they were among the top contenders last summer, marching to a 76-point win over Semi Pro. The Throne came out swinging early and often and never looked back while Semi Pro was far too confused when it came to their defensive assignments on opening night.

“I’m back and we are winning it all,” Baccielo said.

Semi Pro’s lack of resistance allowed Baccielo to shine on both sides of the ball. finishing with a staggering seven steals and an efficient 73 shooting percentage from the floor. The Throne, as a team, played solid defense, notching 20 steals. They smothered the glass with 43 total team rebounds.

In a game that the Semi Pro’s want to look past and forget soon, the one bright spot was Jesse Doucette. He brought his never-say-never attitude and showed up big time for his teammates, scoring 17 of their 37 points. He showed maximum effort, which can translate well against their next opponent.

The Throne, however, will need the same energy next week from their key contributors: Erik Silva, Dashawn Moffatt and the Jean-Baptiste brothers. They’ll face off against the defending champion Monstars in Week 2. Silva and Moffatt will have to continue their double-figure scoring, while the Jean-Baptiste boys need to pick up the intensity for next week. After the game, they credited their defense for the win but next week that defense will be put to the test.