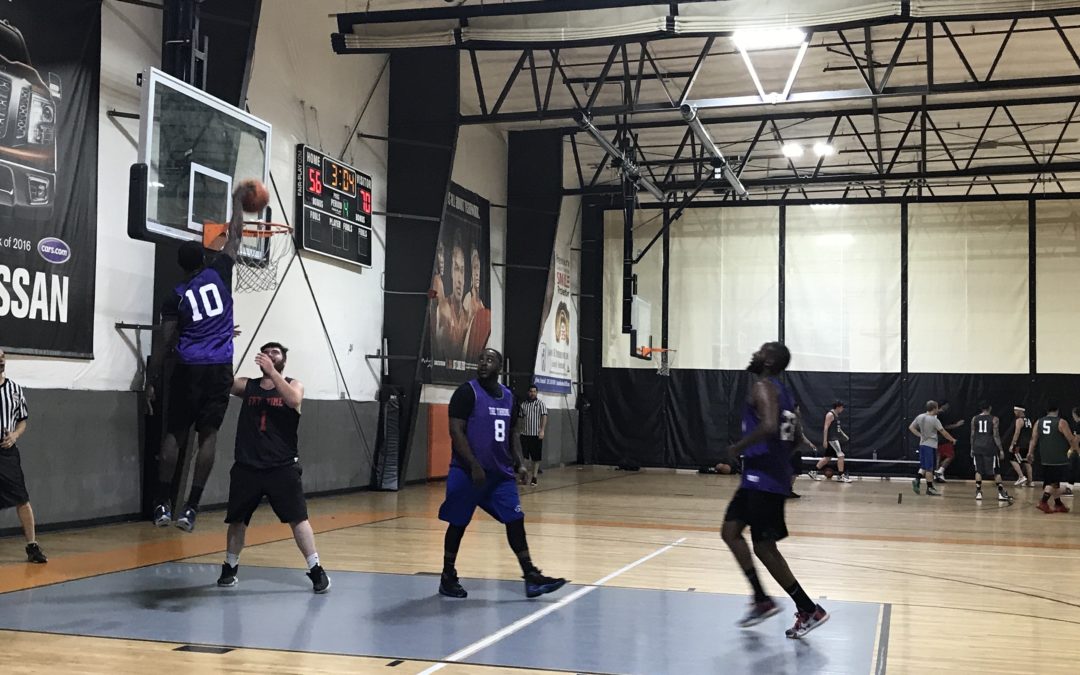 The Throne picked the right game to have an off-night from the floor, overcoming a 3-for-23 night from beyond the arc for an easy 77-43 win over a Fry Time team that couldn’t buy a bucket.

Playing without Joe Baccielo again, The Throne had consistent trouble getting their offense going in the first two quarters. Luckily for them, Fry Time shot 18-for-48 from the field and failed to record an assist in what was an offensively stagnant game for 40 minutes.

“We started out sloppy, but we turned up on them real quick,” The Throne’s Ashley Polynice said. “They’re a sloppy team, so we can play sloppy and still win big.”

Sloppy is an understatement. Fry Time scored in double digits in only the fourth quarter when the game was already decided. They were unable to finish with more than eight points in each of the first three quarters, giving The Throne plenty of time to settle into a rhythm and coast the rest of the way.

The Throne dominated on the boards while also forcing 11 steals in the lopsided victory. The only semi-efficient offensive output for Fry Time came from Adam Diaz, who finished with 12 points on 5-of-10 shooting. On the other side of the spectrum, Jacob Caselli made just two of his 13 field goal attempts on a rough shooting night.

The Baciello-less Throne team remains confident despite their offensive struggles against a lower-tier team, and despite being without one of their key pieces.