The Throne escapes versus Nothing Easy despite late game scare 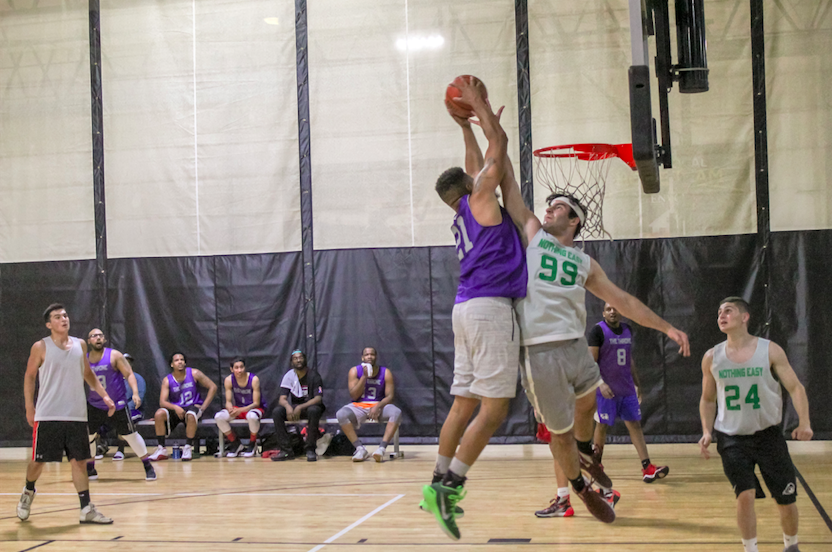 On a night full of lopsided scores, two teams engaged in a tight battle until the very last seconds of the game. The Throne (3-1) was almost upset by Nothing Easy (1-3), but held onto a 71-68 score to edge out their underdog opponent on Monday night.

“We played down to their level,” The Throne’s Lee Leite said following his team’s victory. “We deserved to lose, kind of in a way. That game should have never been that close.”

But the game was indeed neck-and-neck from the first, all the way down to the fourth quarter.

Nothing Easy’s Brian Lilly (23 points) and Joe Capodagli (21 points) were the only 20-plus-point scorers among both teams and proved respective importance to their own team. Playing without Nothing Easy’s leading point-scorer in Mike Slattery, their 43 combined points was 63 percent of Nothing Easy’s total score, but it wasn’t enough to contain a more dominant team effort from The Throne.

Four players (Erick Langston, Jason Hernandez, Russ Payton and Acquelle Gordon) managed to put up point totals in double figures and it all started in the first quarter of play when Langston opened the scoring with a powerful dunk.

From there on out, both teams were at a near deadlock throughout the course of the game. The first quarter ended at 18-18, the second at 37-32, the third at 50-48 and then finally The Throne regained their crown.

The Throne got the final word of the game, when Gordon put the dagger into Nothing Easy’s upset hopes with a breakaway dunk to extend the lead to three with just ten seconds left in the game.