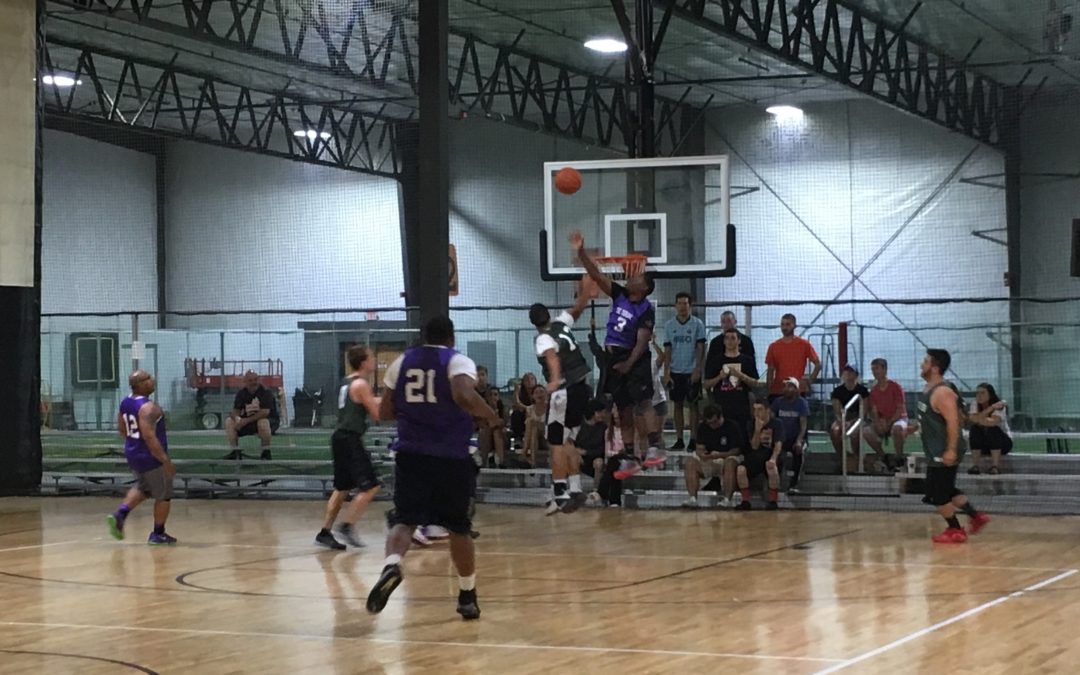 The Throne have been one of the hottest teams in the league over the last four weeks, picking up four consecutive wins as they creep their way up the power rankings. Led by Joe Baccielo, The Throne continued to roll as they blew past Flight Club with an 89-57 victory Monday night.

The Throne’s Joe Baccielo has been absent since his breakout Week 2 performance, but was able to show up Monday night in a big way for his team. He finished the game with 30 points on 13-of-16 shooting from the field.

“If Joe never hurt his ankle, I don’t know about that record that got broken tonight,” said The Throne’s Lee Leite. “It might have been broken again.”

Leite is referring to the Legacy Leagues single game scoring record which was broken Monday night when the Monstar’s Greg Langston dropped 68 points against Sometimes Y. Baccielo went down in the first half with an ankle injury, subsequently missing the entire second half. Based on the scoring Baccielo was on, it’s hard to disagree with Leite’s logic.

It’s no secret that Baccielo is the most explosive weapon for The Throne on the offensive end. Based on the extent of his current injury, The Throne may once again need to work together to compensate for the loss of Baccielo in the upcoming weeks.

As for Flight Club, another loss drops their record to 1-5 on the season. Despite having the most electrifying home crowd in the league, Flight Club has not been able to rally the local support into consistent wins. Sean Good led the way for Flight Club, scoring 16 points on 6-of-8 shooting from the floor. Brandon Guittard, Flight Club’s leading scorer on average, only attempted three shots the entire game, a testament to the strong defense played by The Throne.

More performances like this will solidify The Throne as a true contender amongst the upper echelon of teams in the league.

To that point, Stenson Jean-Baptiste from The Throne had a clear message for his future opponents.

“We’re coming for the throne, that’s all they got to know.”