The Throne smacks around shorthanded Untouchabulls thanks to second quarter outburst 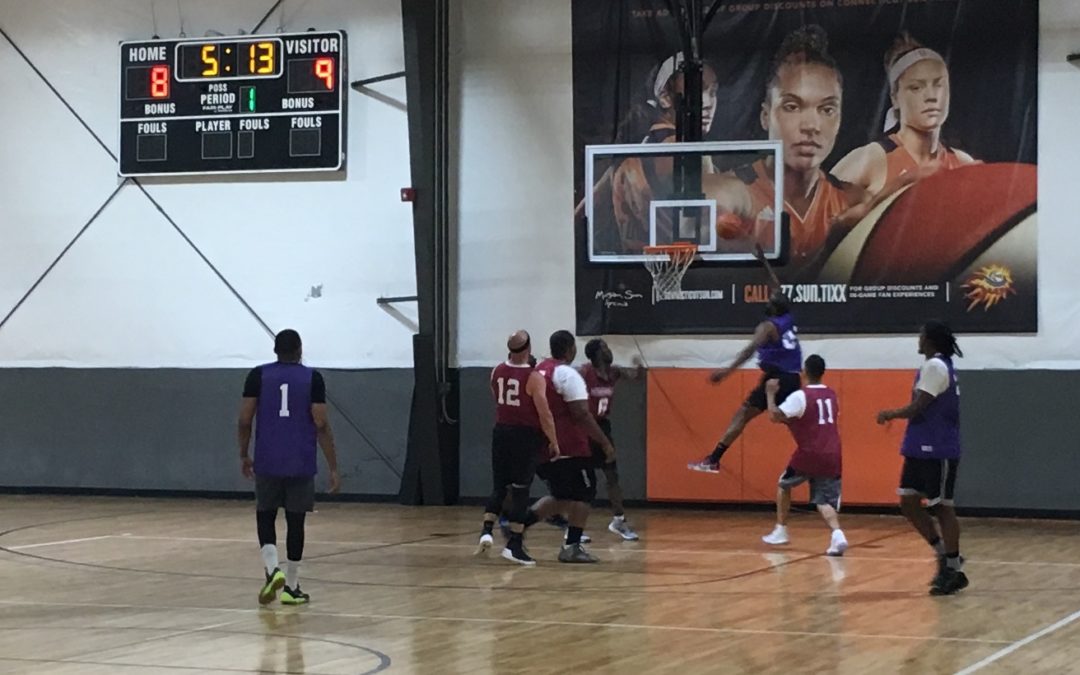 The absence of Chris Rosario showed on the scoreboard Monday night as the Untouchabulls were blown out by the Throne 83-59 without their star scorer.

“That was our game plan,” The Throne’s Ashley Polynice said of the rebounding effort. “Just boxing out, fighting for offensive and defensive rebounds, and it worked out.”

The tone of the game was summed up in one second half possession where The Throne snagged four offensive boards on one possession, resulting in an eventual basket at the rim. Polynice pulled down five offensive rebounds of his own while the Jean-Baptiste brothers hounded the glass for a combined 26 rebounds, more than half the team’s total.

The Untouchabulls were not at full strength without Rosario, but The Throne had a glaring absence of their own without Joe Bacciello, who poured in 41 points in week two’s thrilling comeback win over Stranger Danger. Dashawn Moffatt picked up the offense without Bacciello, scoring 23 points on 50 percent shooting. Dashon Jefferson also added 20 points for The Throne.

Without their leader Rosario, the Untouchabulls struggled to score with their five man rotation. The team finished the night shooting 25-76 as a team while failing to make a three pointer in 14 attempts. The ugly shooting night coupled with their inferiority on the boards was the recipe for a blowout.

The Throne hopes their miracle win over Stranger Danger in week two was the recipe for a winning streak, and believe the momentum from that win will carry over into the coming weeks, starting with Monday night’s big win.

“It definitely gave us momentum,” Polynice said about the week two win’s effect on their week three performance. “Even though we were without Joe tonight we came out with the win, and that’s all we needed.”