The Throne use overtime to outlast the Bad Boyz 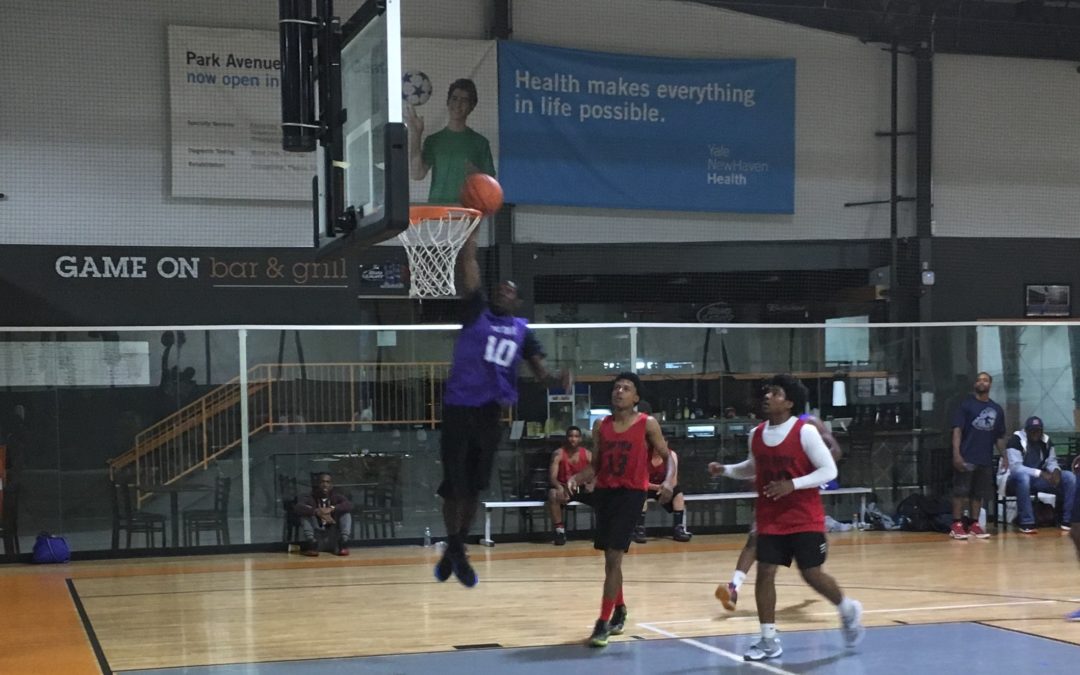 In the early stages of Monday night’s game against the Bad Boyz, The Throne found themselves down 5-0 after the first several possessions. But ten minutes later, the Throne was up 19-6 thanks to a defense-driven 19-1 run that continued briefly in the second quarter.

While the Bad Boyz eventually clawed back to send the game into an extra period, The Throne used another late stretch, this one a 12-5 run in overtime, to outlast the Bad Boyz, 76-69.

The Jean-Baptiste brothers combined to control the offensive and defensive sides of the ball for The Throne. Jacobson scored 25 points with seven rebounds and four assists, while Stenson grabbed ten rebounds and had seven steals.

Free throw shooting set The Throne apart from Bad Boyz, helping secure the win. The Throne shot an efficient 12-of-17 from the charity stripe, while the Bad Boyz converted on just three of their 12 attempts from the line. In a game that went to overtime, those points left at the line meant all the difference.

Even though the Bad Boyz dropped the game, their prime scorers continued to improve in consistency. Destin Simmons made three 3-pointers that all came at pivotal times in the game, He finished with 17 points, six rebounds, four assists and five steals. While Simmons leads the team in pointers per game, a different Bad Boyz player shined on the offensive end. Trevonte Blake led all scorers with 26 points, many of which came off emphatic finishes at the rim. He did, however, turn the ball over six times.

The Bad Boyz came back from 10 points down after the third quarter to force overtime, but couldn’t buy a bucket when they needed to create separation from The Throne.

The Throne benefited down the stretch from a pair of double-digit outings from Dashawn Moffat and Fred Milfort, who each scored 11 points. Because of their production, The Throne moves to 7-1 this season, ensuring one of the top seeds in the playoffs even with a loss next week.

The Throne will face their toughest test since Week 1 against The Monstars next week against The Brotherhood, while the Bad Boyz (3-5) have another worthy opponent in Stranger Danger to finish the regular season.