Third win for RI Warriors and Werewolves proves to be huge 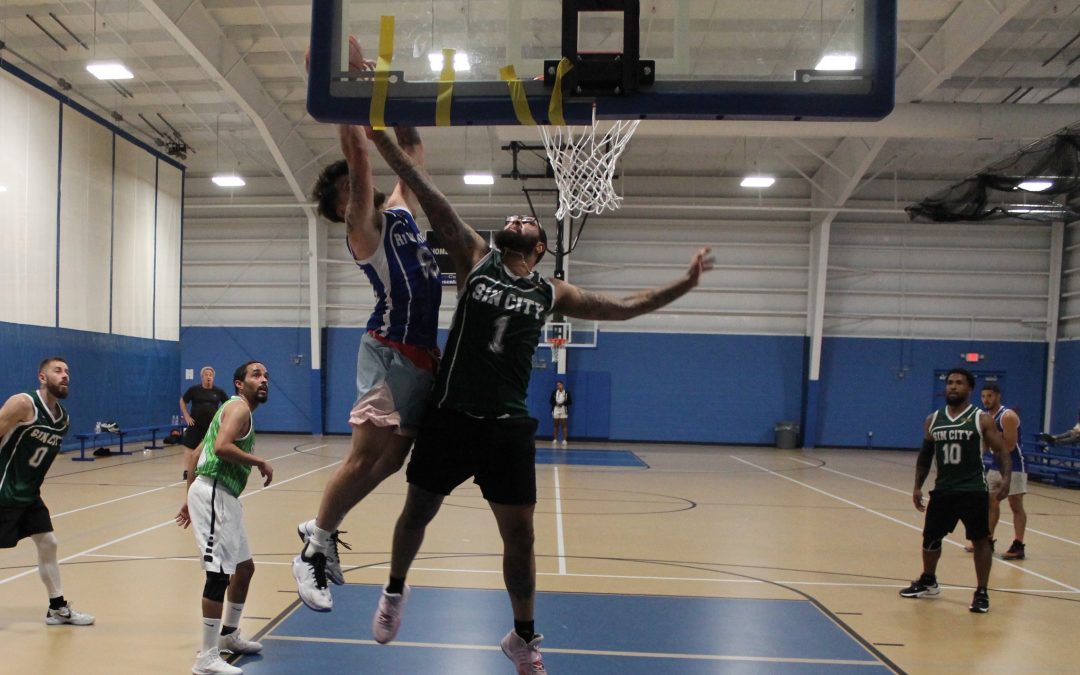 Five teams entered Week 5 with a 2-2 record and were trying to get above .500. Two of the teams, the RI Warriors and the Werewolves, were able to snatch their third wins and hope to carry that momentum into the final stretch of the season and into the playoffs.

The Werewolves held off Bogy Kicks after starting strong during the first quarter, opening up a 24-point lead. Brian Heston consistently stuffs the stat sheet, and was a large reason why the Werewolves were able to get the win in Week 5.

“He’s always giving 100 percent on the court,” Jared Gansert said. ” He always tries to block every shot, go for every rebound and dunk, and our whole team tries to take after that.”

It took overtime for the RI Warriors to put away Sin City after finding themselves down by seven points with under three minutes to play in regulation. The RI Warriors managed to erase that deficit, and then shut out Sin City in the extra period.

“We just keep it positive,” Amini Hadaitullah said. “If somebody misses a shot we say it’s okay and try to get it back on defense. As long as we keep a positive atmosphere on our team then I feel like it will translate to positive ways.”

Bogy Kicks leaves Week 5 still searching for their first win, but Sin City was minutes away from being 3-2 themselves through five games. The RI Warriors and Werewolves both have three wins, and are planning to use their final three games to prove to the rest of the league they deserve to be in the championship conversation.