Thompson and the Cereal Killers shoo away Stranger Danger 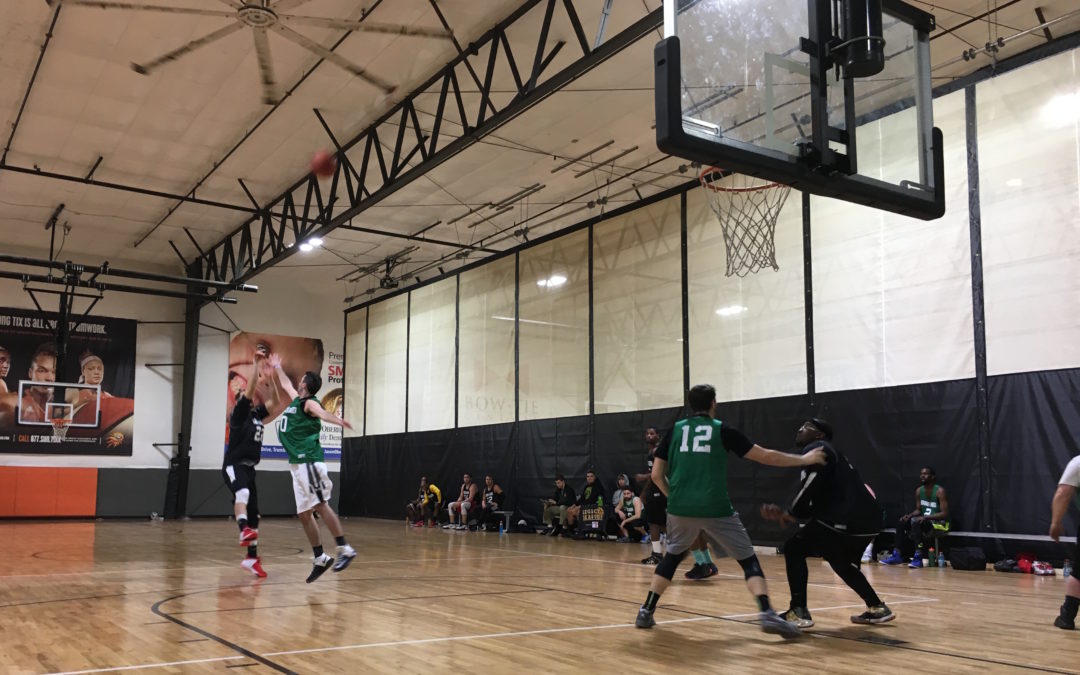 After a sloppy game with many turnovers, dunks, and missed shots, the Cereal Killers continued their victorious streak with another win, this time defeating Stranger Danger, 108 – 64.

“They aren’t a good team, so we took advantage of it,” the Cereal Killer’s Tyrhon Coward said. “First half we got off slow like we always do, which we have to change in the playoffs.”

The Cereal Killer’s played their usual fast paced game. In the second period they were turning the ball a lot, as well as rushing shots, and throwing the ball out of bounds. The Cereal Killers led 38-27 after the first half, but exploded in the second half. They pressed the ball more, making Stranger Danger rush their shots and turn the ball.

“We were playing their game,” Coward said. “We played down to the competition in the beginning. We turned over the ball six times straight, but we got it back. We fought through it.”

Johnny O’Brien of Stranger Danger led his team with 24 points. Steven Echols and Will McAdoo each had 12 points.