Three in a row: Kekambas can’t find range in loss to Temptations 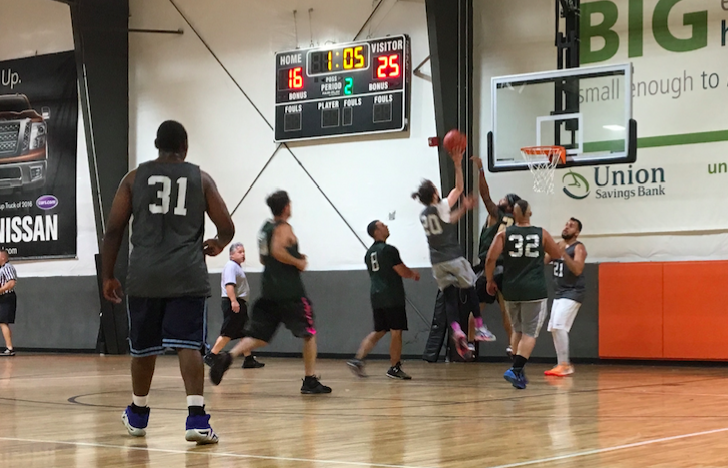 A second-straight absence from Nick Santorelli was no issue for the Temptations in week 5. They rolled to an effortless 63-44 win over the Kekambas, who suffered their first loss since the addition of Chris Aaron.

Aaron was the only player to finish in double-figures for the Kekambas, tallying 16 points, four rebounds, four assists, and four blocks. Aaron McAlpine, who is normally accurate from beyond-the-arc, was just 1-for-7 from three-point-land in the loss.

The Kekambas shot just 2-for-19 from behind the arc for the game. They will try to reverse their fortunes next week as they take on Sportslook (4-1), who is coming off a big win over BS&B.

Carmine Santorelli had 21 points to go along with five assists and number of tomahawk dunks from just inside the free throw line. Erik Silva, who is averaging just over 20 points a game, had a very quiet night. He finished with a season-low eight points on 4-of-7 from the field.

The Temptations have coasted during their three-game win streak, matching up against some of the weaker teams in the league. In an anticipated Game of the Week, the Temptations will try to knock off the “Big 3” of No Limit next Tuesday at 9 P.M.

“Just pushing it, playing D, and getting dunks. That’s what we do,” Santorelli said.

Carmine also discussed the gameplan for next week’s highly-anticipated matchup against No Limit: “We are not going to change anything.”