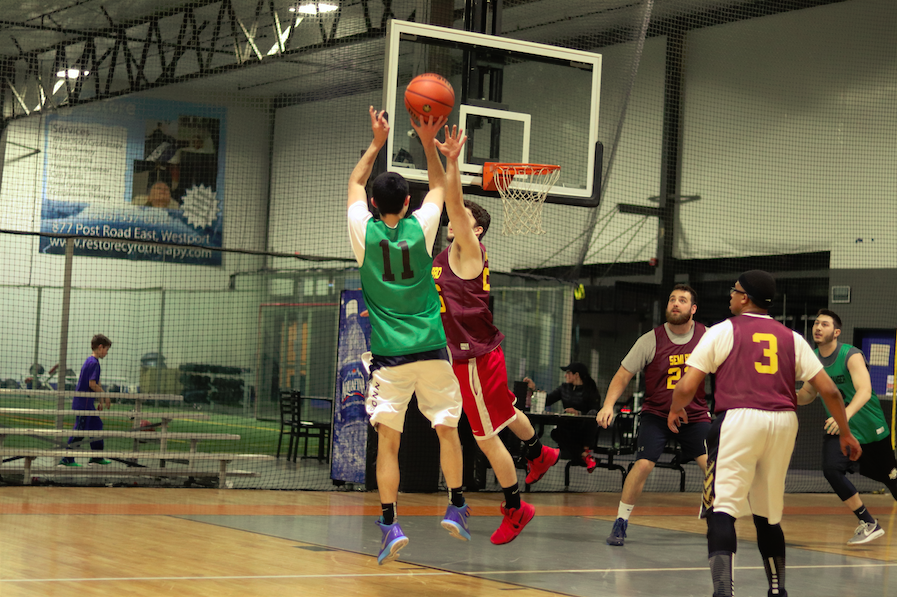 In a game that featured two of the lower-tier teams, Stranger Danger was able to claim a hard fought victory over Semi-Pro 79-65 with a barrage of three-pointers from the Zocco brothers.

Matt Zocco and Joey Zocco were leading the way once again combining for 57 points and truly set the tone for this game. Matt Zocco, in particular, went off adding 30 points with five rebounds and nine assists showing his all-around play that is essential to Stranger’s success. The brothers have really stepped up their play in bigger roles and that lead to Stranger Danger clinching the 10-seed to meet the Flint Tropics in the playoffs.

Semi-Pro struggled once again, in particular from behind the arc, shooting 7-of-20 from the three-point line. A common theme in upset wins in this league is when teams get hot from three. If they hope to force a first-round upset, Semi-Pro will need to convert at a much higher rate.

Tyler Feldman had a nice night on the boards for Stranger Danger with seven rebounds while adding six points and a pair of blocks. It would be Stranger Danger’s defensive efficiency that would really propel them Tuesday night.

“It’s no secret we have a short bench and we get gassed quickly,” Stranger Danger’s Tyler Feldman said. “But we do a good job at eliminating easy dunks, and playing good defense on the perimeter.”

Stranger Danger will look to get some revenge in their first round game next week as they square off against a Flint Tropics team that handed them a triple-digit loss just a few weeks ago. Semi Pro finishes as the 14-seed and will test their luck against The Chasers.