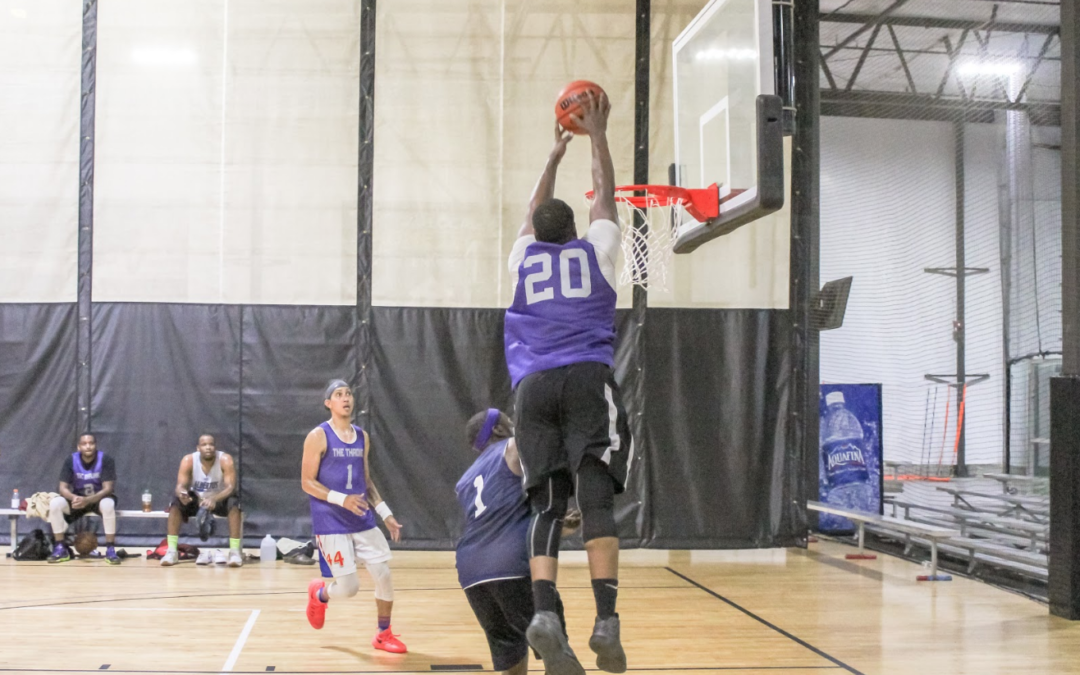 After being down by one at the end of the first half, Erick and Dominique Langston absolutely took over in the latter half, en route to No. 6 The Throne‘s 74-59 win over the No. 11 Blue Devils on Monday night in Trumbull, Connecticut.

While the box score says that it technically was a come-from-behind victory, The Throne will tell you that they had this game in the bag from the start.

“We joke around a lot and get off to sucky starts at first, but that’s all part of our plan,” Erick Langston said. “We like to give teams a little bit of energy, make that talk and get us mad and that brings out the best in us.”

Following their 33-32 deficit, at the half The Throne got off to the start they needed when Jason Hernandez capitalized on a strong and-1 layup. Although The Throne took that momentum into the fourth quarter, it was matched with intensity from the opposing Blue Devils as well.

Despite finishing the game with five fouls, Scotty Landon was an offensive force in the paint and showed flashes of skill from beyond the arc, while Steve Echols was his natural self, leading his team in both points (16) and overall team morale.

The neck-and-neck contest ended after that tight third quarter as a result of a concoction containing The Throne’s dominant mind state and Blue Devils ability to once again not be able to hold it together late in the game.

For The Throne, the solidifying dagger came in the form of a Dominique Langston alley-oop layup to put his team up by ten points with two and a half minutes to play.

“I really think that was the most complete game we played,” Lee Leite said. “We played defense, offense, we rebounded and it’s great momentum going into [next week].”

While the Blue Devils were eliminated from the postseason with the loss, The Throne will move onto play No. 3 Run TMC in next week’s second round.

It’s not easy for a lower-seeded team to upset, but if any team is able to beat Run TMC (8-1) it might just be The Throne, the team that handed Run TMC their only loss of the season in Week 5.

“They’ve got the best backcourt in the league,” Leite added. “If you stop Eric (Singleton) and Reggie (Stewart) they’ve got nothing else.”