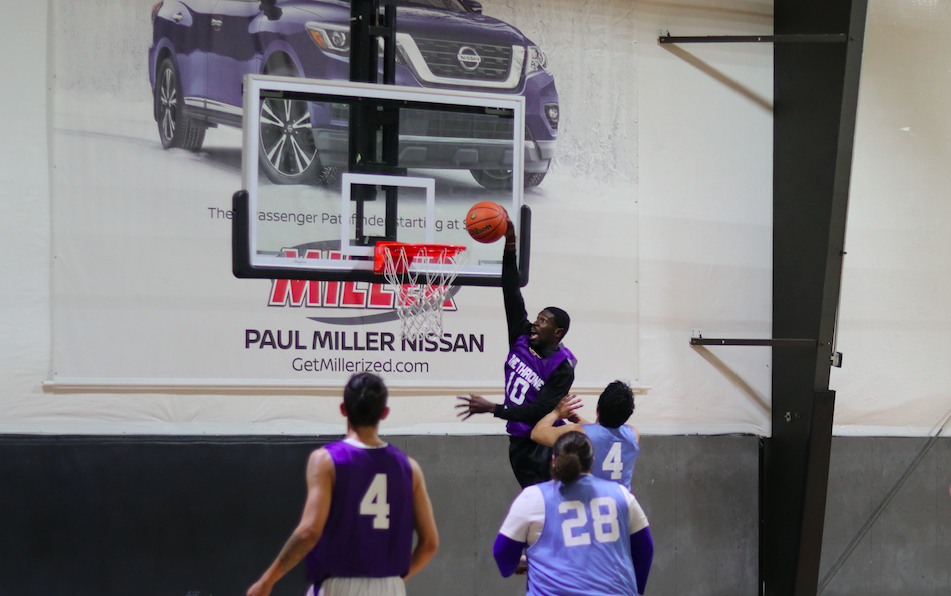 In what looked like a game Blood, Sweat and Beers (0-5) had a chance to pick up their first win of the season, The Throne (2-3) made halftime adjustments and pulled away in the fourth quarter to take home the 69-53 win Tuesday night.

“In the second quarter Weethne (Dorvil) came off the bench and gave us some great defense and kind of turned it around for us,” The Throne’s Jason Hernandez said.

Dorvil, a catalyst, finished with eight points and five rebounds, but his biggest impact came  from what isn’t shown on the stat sheet. He was the leader of the defense, but the team as a whole forced Blood, Sweat & Beers into 17 turnovers with hustle plays and a full-court press.

Life after Joe Baccielo is still the biggest storyline with this squad, but they proved that they could stay in games, and with a sharpshooter such as Jason Hernandez, who had 15 points and six rebounds, they look like a team poised to get better playoff positioning and make some noise once they begin.

“We just started having fun and then the game got a little easier,” Hernandez said.

Blood, Sweat & Beers is still looking for their first victory after this hard-fought contest. They didn’t look like a winless team in the first half, only trailing by five points at halftime. Offensive rebounds and second-chance points is what they struggled with, only grabbing nine offensive rebounds to The Thone’s 17. Edgar Trujillo was the leading scorer for BS&B with 19 points and seven rebounds. Cody Dileonardo continues his solid season with 17 points and a rebound shy of a double-double.

Blood, Sweat & Beers get a matchup with Shooters Shoot (0-5) next week, both looking for their first win, while The Throne play Team Moose (3-2).

“I don’t know too much about Team Moose, but we’re coming, don’t worry,” Hernancez said. Nobody wants to play us.”