Together at last: Acevedo and Cavanagh send Sportslook to Semifinals 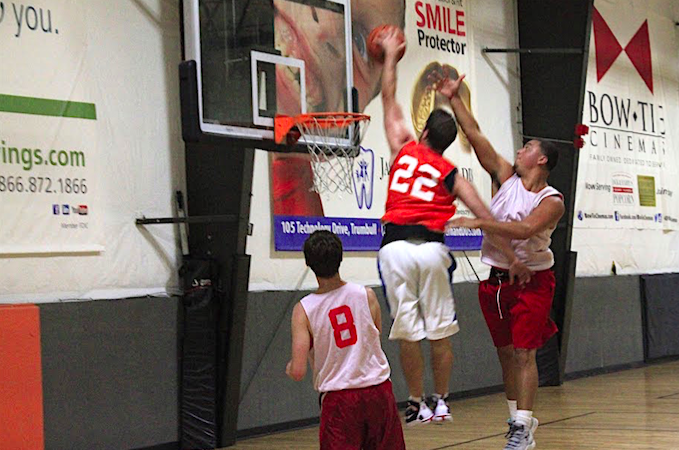 Tuesday night’s quarterfinals matchup between No. 3-seed Sportslook and No. 6-seed Wake and Blake turned out to be the game Legacy Leagues has been anticipating for over a month. Ever since Andrew Cavanagh was sidelined after Week 3 and Bryan Acevedo was unleashed in Week 4, the question surrounding Sportslook has been: When will Acevedo and Cavanagh take the floor together?

The buzzer concluding pregame warm-ups sounded and all eyes turned to the Sportslook bench as both No. 3 and No. 22 took the court together for the first time. The tandem’s performance did not disappoint in Sportslook’s blowout 121-67 win.

Acevedo led all scorers with 36 points, along with 4 rebounds and 7 assists. However, it was Cavanagh who stole the show. He finished the night with 30 points, 15 rebounds and 12 assists. Together, the duo shot an incredible 66.7 percent from the floor. If that double-headed monster wasn’t enough to manage, Nick Bacarella played phenomenally for Sportslook. His 13 points, 7 rebounds, 10 assists and 5 steals contributed to the lopsided result.

Despite the disappointing end to the season for Wake and Blake, they fought valiantly until the end. The team only played with five players, with Aaron Samuel, Gueber Docteur and Brad Degregorio absent. All five players for Wake and Blake scored in double-figures, led by Adam Diaz’s 21 points. Their lack of depth was unable to keep up with Sportslook’s dynamic roster.

It also didn’t help that nobody knew how to approach stopping Acevedo and Cavanagh together. Mostly every other team in the league has struggled to contain just one of the two at a time. Trying to contain them both simultaneously is a daunting task, especially now in the playoffs.

Sportslook now moves onto the semifinals Thursday night against the No. 2 seed, Blood, Sweat and Beers. Sportslook fell short, 67-51, in the team’s first matchup back in July. With both Acevedo and Cavanagh ready for the rematch, BS&B will have their hands full trying to contain the impressive newfound duo.