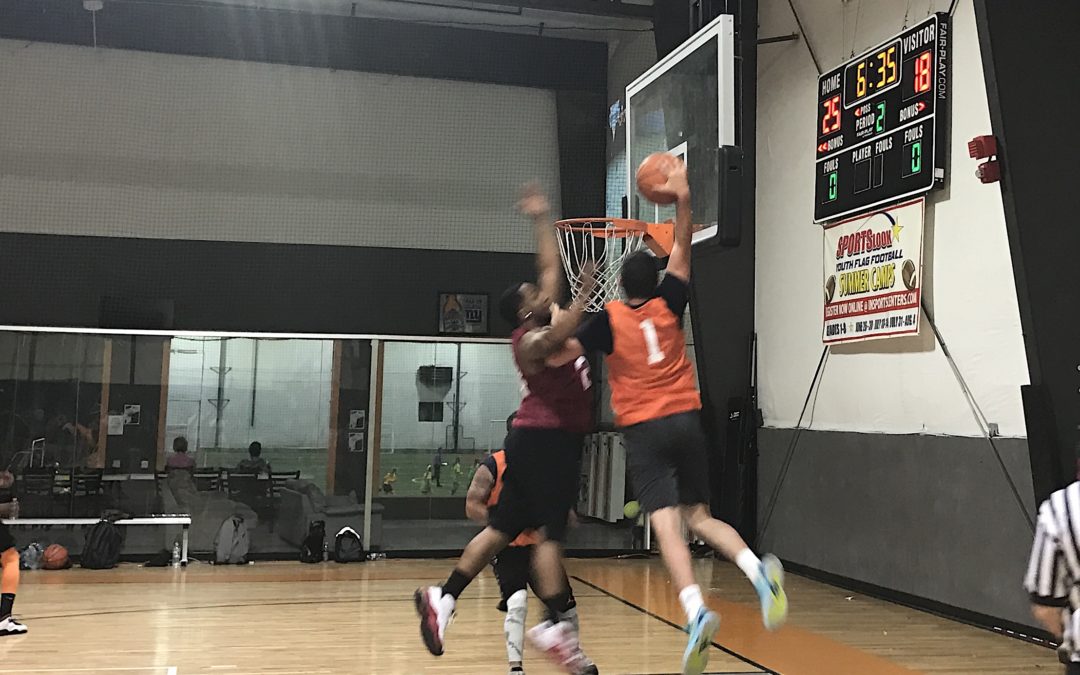 Bryan Acevedo took the court in the second half with six points to his credit and his team nursing an eight point lead. One half and 26 points later, Acevedo was enjoying a convincing 91-59 win over the Untouchabulls on opening night of the Summer ’17 season.

Acevedo finished with a game-high 32 points while giving up no turnovers. His second half outburst helped Sportslook outscore the Untouchabulls 32-11 in the third quarter, and the team went into cruise control the rest of the way.

“It’s obviously huge to have (Acevedo) back,” Sportslook’s Nick Bacarella said of his new-look team on opening night. “I think we’re a little more athletic on a consistent basis this year.”

Bacarella chipped in with 25 points of his own on 64% shooting, including 3-5 from beyond the arc.

Chris Rosario led the way for the Untouchabulls with 27 points. Michael Martinez was the only teammate to join him in the double figures department.

For the Untouchabulls, the basket was untouchable at times for them on the offensive end. The team finished the day with a putrid 38% field goal percentage as a team, which is hard to recover from when Sportslook was turning countless rebounds into transition buckets, helping them run away in the game’s final 20 minutes.

Like many new teams in this league, the Untouchabulls will need to catch their bearings quickly if they wish to compete in this league.