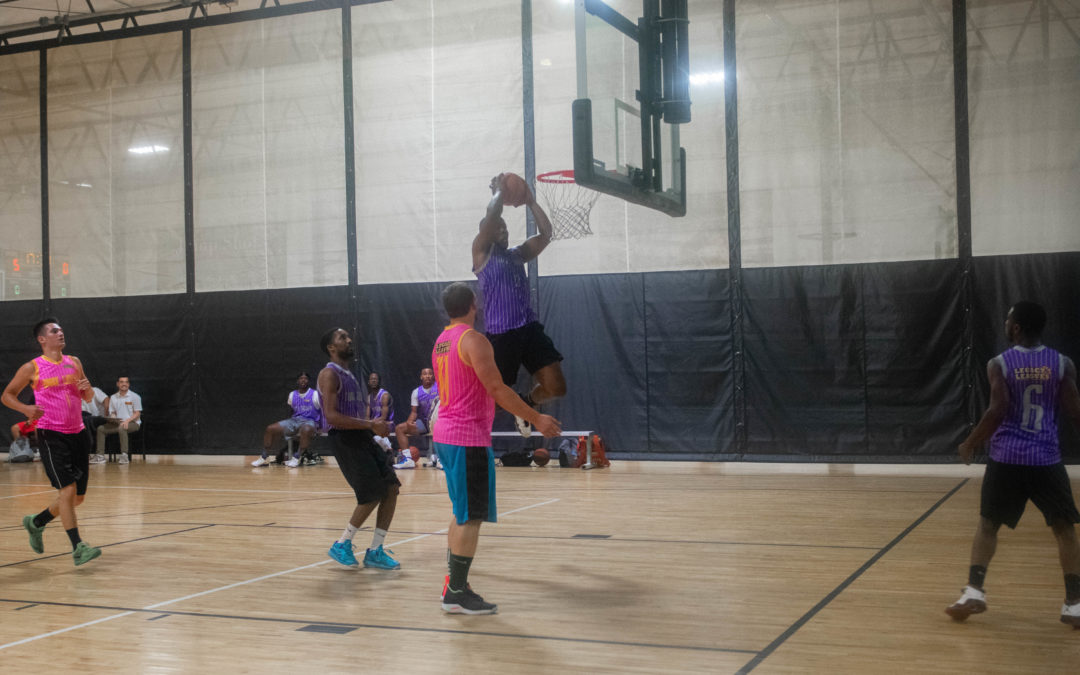 Tune Squad took care of business Monday night defeating the winless Brick Layers, 73-48.  It was not all pretty for Tune Squad as the score was tied at 16 at the end of the first quarter.  However, the Brick Layers only had four guys show up and just could not keep up with a faster and deeper Tune Squad.

Tune Squad has many pieces such as Chad Mckoy who scored 29 points on 14-of-17 shooting, and Jaden Battle who added 18 points and seven steals.  They need to put all their pieces together and they can challenge some of the top teams in this league.  This is an explosive team who can put up points in a hurry.  We saw this with their 17 steals and outscoring the BrickLayers 40-15 in the second and third quarter.

One thing that needs to be worked on for the Tune Squad heading into the playoffs is their three point shooting.  They shot 2-for-23 from three in this one which can cause some problems if they were playing some of the better teams in the league.

For the Brick Layers, this was once again another step in their quest for their first win of the season.  It does not help when only four guys show up, but to their credit, they play hard every single play.  Jason Bindner once again had another great game scoring 19 points and adding five blocks.  Mike Castro also added in 17 points in the rout.  A positive note for this team is every week they show up and play as hard as they can for 40 minutes.  Not every team can say they do that.

This was a key game for Tune Squad to get back on track. As Chad Mckoy said, “Its about time”.  McCoy credits the teamwork for the recent success.

“The difference this week was we played together as a team, moving the ball around…”

This is a sleeper team that can certainly make some noise in the playoffs.