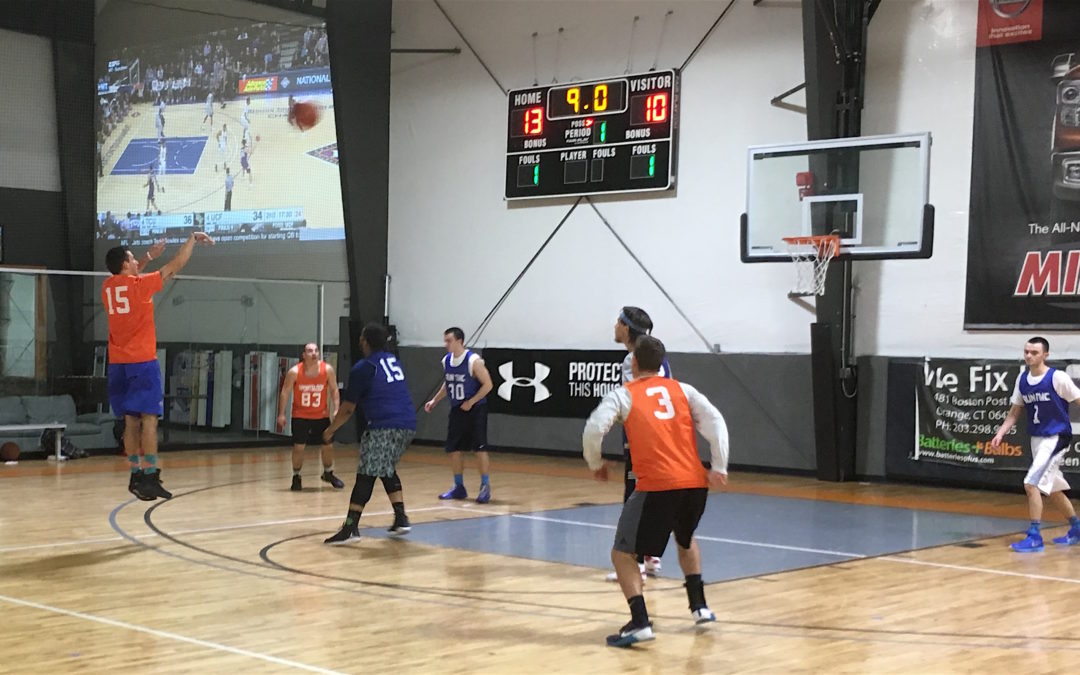 In a very meaningful game on both sides regarding playoff seeding, the now three-win Sportslook squad handed Run TMC their third consecutive defeat, 80-69.

Now, Sportslook is gaining momentum at the right time, and a balanced attack and defensive adjustments have been catalysts.

“The last couple games we’ve been playing as a team, we need to continue to play like that,” Sportslook’s Scott Benzing said.

The team play was exemplified by five of eight players scoring in double figures, led by Christian Allen’s 19 points.

In addition to team offense, Sportslook played strong on the defensive end.  A second half press was the difference as they forced eight turnovers, while only turning it over twice themselves.

Despite the loss, potential all-star Will Hudson continued his stellar play with a monster performance of 35 points and 14 rebounds.

With another great performance and second big win in as many nights, Sportslook believes there are still things to improve upon going into the playoffs next week.