Undefeated Brotherhood prepare for playoff run with victory over ZewCrew 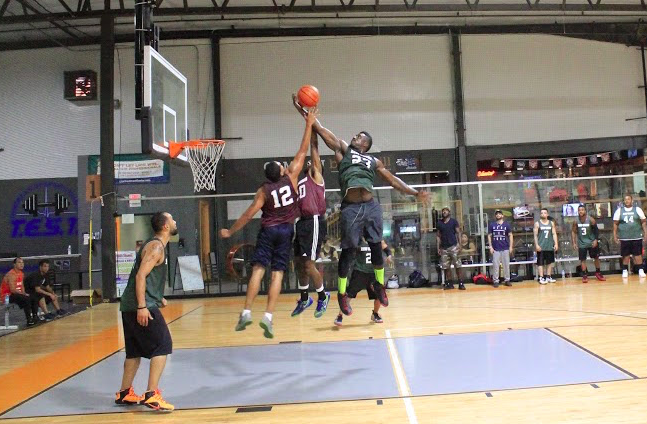 Another week goes by, and another win for The Brotherhood is on the board.

On Tuesday night, The Brotherhood took home their eighth win of the season against ZewCrew, 78-65, in a game that was much closer than the score line predicted.

All the way up until the fourth quarter, it looked as if ZewCrew had a fighting chance to take this game away from The Brotherhood. They climbed on the backs of Chris Rosario, who scored 23 points, and Mark Harrison, who had 19 points and 12 rebounds, and attempted to claim victory.

When the game entered the fourth quarter, it began to lean in favor of The Brotherhood. Their press was unable to be matched, their on-the-ball pressure was too suffocating and their offensive cohesion was too smooth for ZewCrew to handle in the end.

“We played hard today,” ZewCrew’s James Davis said. “Our defense was on point all the way through the third quarter, but we got a little sloppy in the fourth, and they got away with a couple fast break points and took the lead from there.”

Behind the talents of Michael Davis and Russ Payton, The Brotherhood climbed to a 13-point win. Davis led all scorers with 26 points, and Payton followed closely behind with a double-double (25 points and 10 rebounds).

Entering week nine, both of these teams are preparing to make playoff runs and even hope to matchup against each other at some point.

The Brotherhood is looking like the frontrunners for the top seed in the playoffs, and that is all but guaranteed with Blood, Sweat and Beers following closely behind. The Brotherhood will really need to show up next week as they take on a Sportslook team that is said to be one of the toughest competitions in the league.

Meanwhile, ZewCrew must win their final regular season game if they wish to have a chance at securing the fourth seed. Currently, they are tied with The Pandas and Wake and Blake, who face off against The Hateful 8 and And-1, respectively, in week nine.