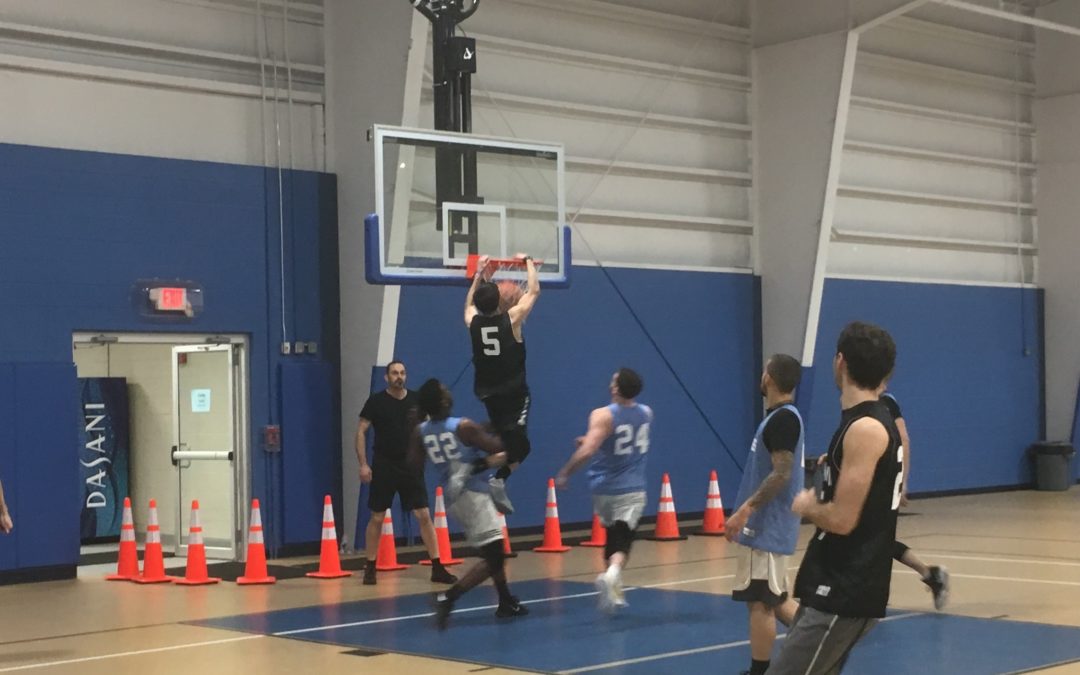 Coming into Week 6 of the Legacy Leagues the Swish Kabobs were the last team to not have suffered a loss as they prepared to take on a stingy Prestige Worldwide squad. Through the first half the Swish Kabobs held their own keeping it neck and neck with Prestige Worldwide, In the end Prestige was able to come out with the victory thanks to a complete team effort of lock down defense and knock down shooting.

Bryan Yarce had another strong outing this week, as he put up 29 points and seven assists along with three steals to help their harassing defense all game. Teammate Shane Patrick had a very dominating performance scoring 19 points and snagging 14 rebounds off the glass.

Despite the impressive win, the team is definitely focused on what they have to continue to improve to make a deep run in the playoffs.

“We have to build off that team defense and teamwork from this game” Bryan Yarce said.

Overall it was not that bad of a night for the Swish Kabobs from the field. Marquis Jones was able to get 13 points along with four rebounds and three steals to cap off a solid night, while teammate Tyler Barbosa also recorded 13 points, seven rebounds and six assists.

The Swish Kabobs will look to bounce back from their first loss as they are matched up against  the Werewolves who will be hungry for a win after losing to the Green Squad this week. The Swish Kabobs will have to lock down Brian Heston and company if they want to remain at the top of the standings.