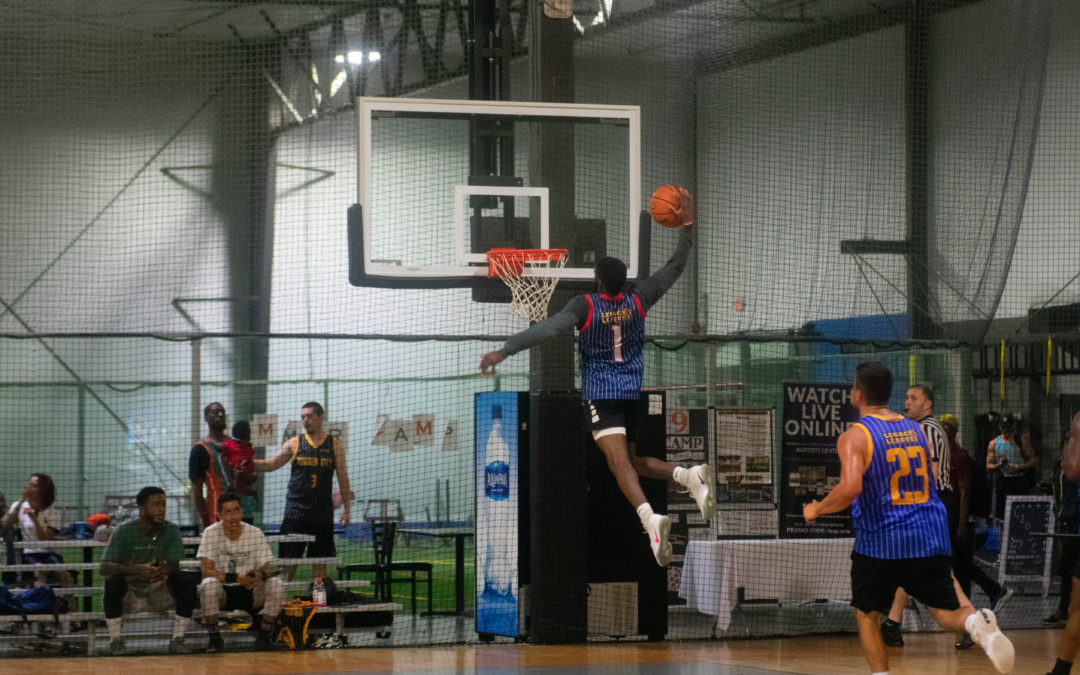 That is what Eric Singleton had to say after Redeem team got the big win against Run TMC by a score of 65-52.

A big issue with Redeem Team this year has been player attendance and that continues to be the case. They have shown they don’t need everyone to show up as long as the group that does show up plays hard they can beat anyone in this league.

Melquan Horton and Singleton have been two of the best players in the league this year and they have shown that they will keep Redeem team in any game with Horton dropping 15 and Singleton putting up 22. Also, a big X-factor for them going down the stretch is going to be Eddie Whitman and his three point shooting ability as he hit 4-of-10 from behind the arc.

As for Run TMC there is no need to worry. As much as they wanted to go undefeated sometimes, it is good to get a loss before the post-season so you get the added stress of going undefeated out of they way. This is back-to-back weeks that Run TMC has not had their best player in Reggie Stewart and you can see how different of a team they are with and without him.

To wrap up the regular season Redeem Team will go up against Tune Squad in hopes to improve their seeding in the playoffs in hopes to make a deep run this post season.

And for, Run TMC they wrap up their regular season against the Brick Layers with a first round bye all but locked up for them.