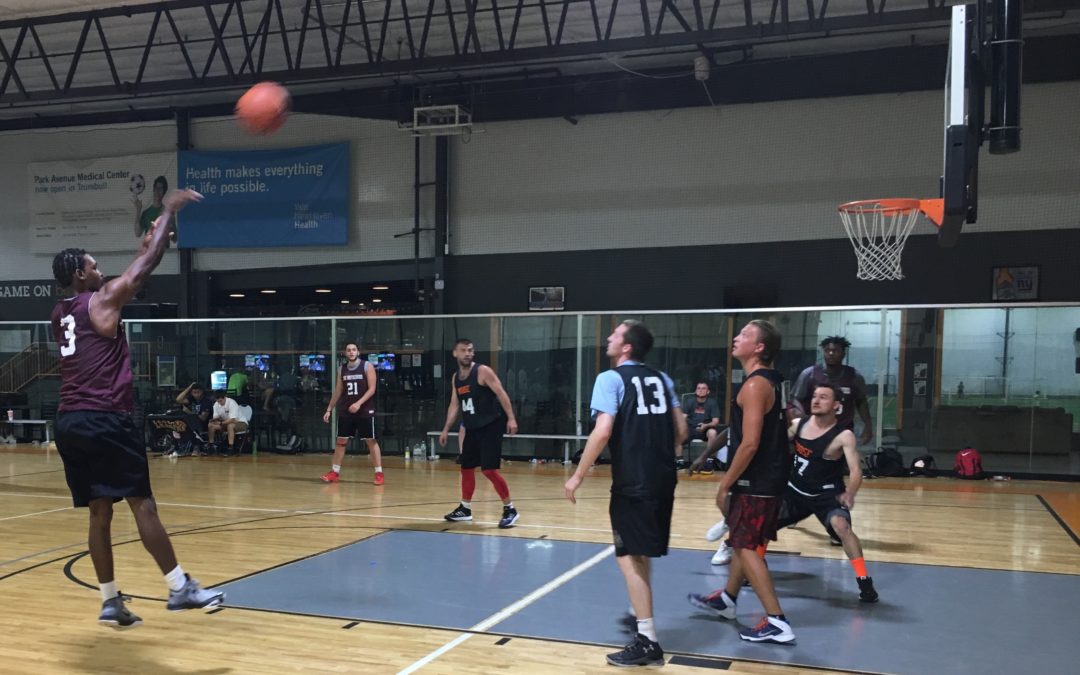 History was made on Monday night as Team Moose stunned the two-time champions, becoming the first team to down The Brotherhood in Legacy Leagues history with a 78-64 win.

“It feels pretty good,” Jay Joyce said of being a part of history. “They are a very good team that put up a heck of a fight, but we were able to make some big stops.”

Stops have been the identity of Team Moose, who have impressed on the defensive end since Week 1. The defense shined again in this game, especially when it mattered most in the fourth quarter. Team Moose allowed just 12 fourth-quarter points to seal the statement victory.

As usual, the Team Moose box score looks like a typo. The team took just three three-point attempts while finishing with 68 points, while their opponent fired 27 three-point attempts and finished with 54 points. How is that possible? Well, shooting 35-of-41 from the field certainly helps.

Team Moose was incredibly efficient from the floor, led by Connor Daly, who made all 11 of his field goal attempts to finish with 22 points. His teammate Kevin Blake led the way with 29, including an uncharacteristic three-pointer to provide the dagger late in the fourth quarter.

“We take them if they’re open,” Joyce said of this team’s three-point philosophy. “But we get a lot of good two-point looks, so that’s what we take.”

The sure-shooting Moose team never wandered from their game, even when they fell behind 10 late in the second quarter. A few minutes later, Team Moose had rattled off a 13-0 run to head into the half with momentum and belief on their side.

The Brotherhood weren’t at full strength without Russ Payton, but Team Moose only had five players of their own that showed up. For The Brotherhood, it was Mike Davis who kept his team in the game, scoring 32 points on 13-of-17 shooting. Unfortunately, the next highest scorer on the team recorded just 12 points, with the rest of the team failing to reach double figures.

It will be interesting to see where Moose winds up in this weeks’ Power Rankings after accomplishing what no other team has done before in defeating The Brotherhood. With the loss, only two undefeated teams remain in the Summer 17 season.