Undermanned Bucket Chasers get trounced by Lob City in Quarters 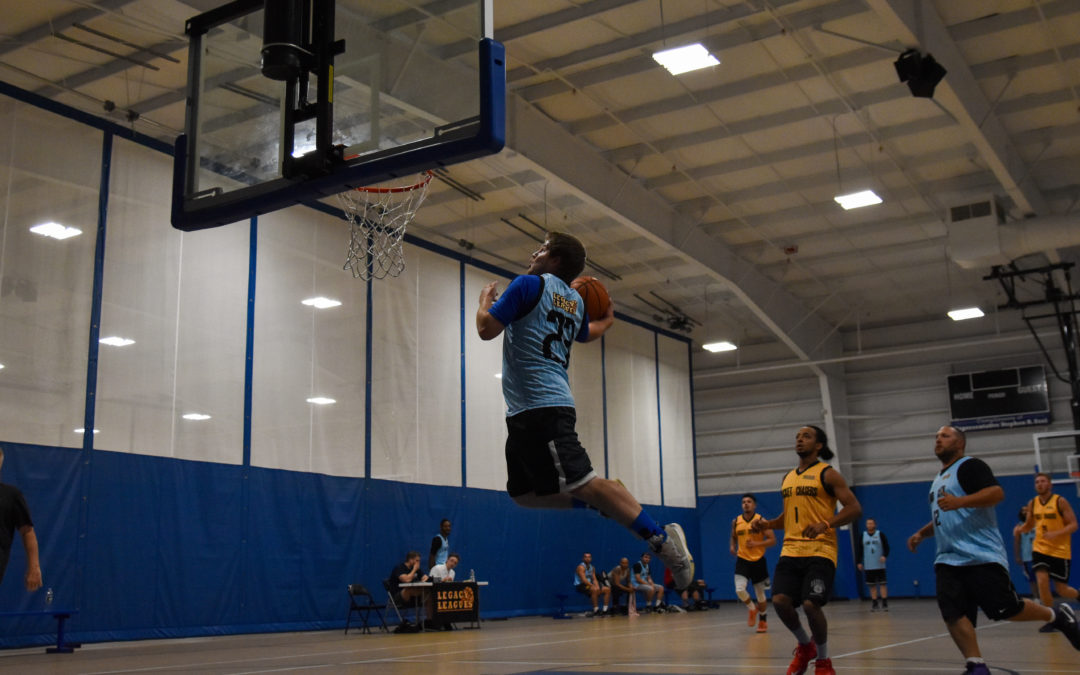 In a matchup that seemed as though it could’ve been a good one on paper, it turned into a no contest as soon as the game tipped thanks to only three guys showing up for the Bucket Chasers. This helped Lob City cruise to a 109-87 victory Tuesday night to advance to the Semifinals.

For a team that had played so well down the stretch of the season, it was disappointing to see the Bucket Chasers unable to field an entire squad for a do or die playoff game. Henrique Conclaves (12 points), Sergio Dalomba (38 points), and Mike Moran (37 points) did their best to make this into a game, but they were hopeless going against the four time champs.

Even if they were able to get the whole team to show a win would’ve been a tall task, but once they only had three it was clear Lob City could just use this as a warm up game. That they did.

Lob City came out of the gate hot and took a huge 61-34 lead into the half, and then strolled in the second half and seemed to conserve their energy with the win already secured. Lob City showed out with a very well-rounded performance. Cody Crawford scored 29 points, Nuri Mahmoud, Justin Tabis, and Greg Holt had 17 each, and Michael Palumbo finished with 14.

Lob City did well to make sure everyone got a lot of reps, with six of the seven players taking 10-plus shots. With a few upsets on the other side of the bracket, Lob City is now the clear favorite to win it all.

That being said they will face a huge test Tuesday when they face off with three-seed Good U in the Semifinals.

Cody Crawford and Lob City just played Good U in the final week of the regular season, and narrowly won. They know their Semifinal matchup will be another close game.

“We have to play defense,” Crawford said. “They’re a great team and they score points in bunches. They got a lot of really good players, a lot of energy, and we just gotta match it.”