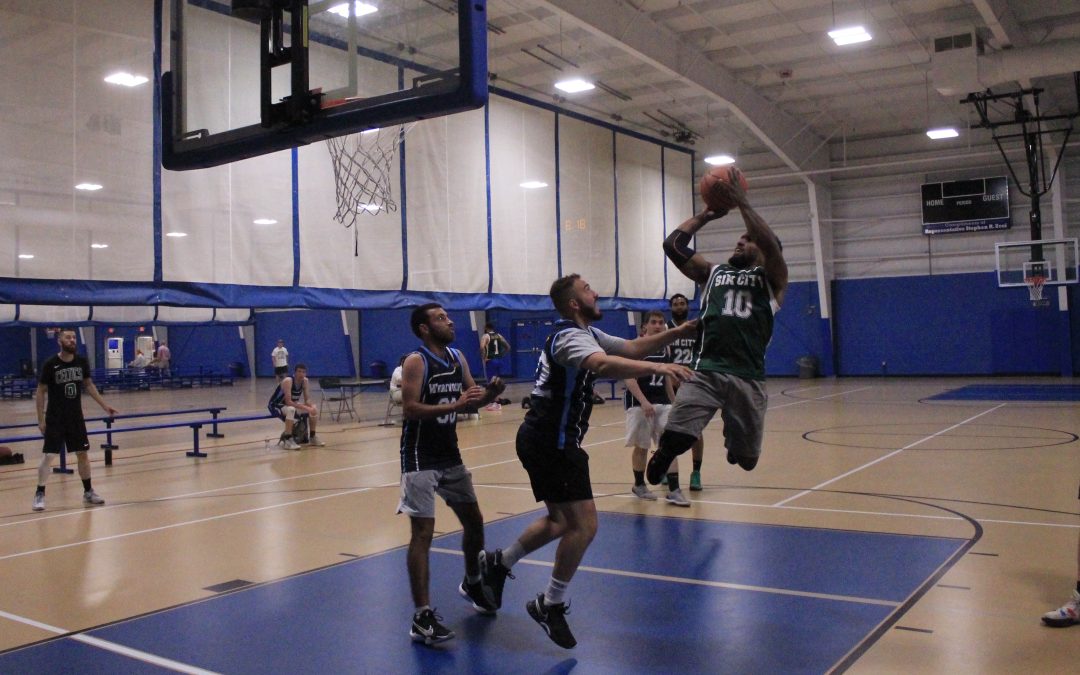 Sin City may be a familiar name to those who follow the league, but this year’s version looks a little different from what we have seen in past seasons. The roster is made up of a couple returning players, but mostly consists of guys who had never met until they arrived at their first game of the Summer 22 season.

They have always been a team with bigger bodies who like to play inside-out, but the Summer 22 roster features a mix of size and athleticism that has heads turning early in the new season. Sin City narrowly lost to the Halfway Crooks in Week 1, and bounced back with a big win against the Werewolves in Week 2, 70-55, defeating a team people thought would be a contender this season.

Devon Pina is one of those free agent players, and has led the team in both of their first two games. Pina recorded back-to-back double-doubles, scoring 32 points and grabbing 11 rebounds in Week 1, followed by a 22-point, 18-rebound performance in Week 2.

Pina not only contributed on offense, but had the massive task of trying to contain the Werewolves’ Brian Heston. Sin City used a team effort to limit Heston to just 16 points on 6-of-12 shooting, and they admitted it was not easy.

“He’s tough, really tough,” Pina said. “We just tried to keep a body in front of him. He got a couple dunks on us, but we pretty much contained him for the most part.”

Tahj Eddington added 19 points to go along with four assists, two blocks, and a steal in Week 2. Eddington joined the team with his friend Javon Morris, but had never played with Pina before last week’s game. Eddington knows building team chemistry will be key moving forward.

“A lot more passing,” Eddington said. Everyone’s new here. It is our second game together, so we’re still trying to figure each other out.”

Sin City finds themselves in the middle of the standings at 1-1, and like their chances to improve as the season goes on and the players become more familiar with how each other plays on the court.

“The ceiling is super high considering I don’t believe we played that well in both games,” but the talent and the effort is there,” Eddington said.

The interior force of Pina and Morris have been key to helping Sin City win the rebounding battle in both games so far this season. They have the second most rebounds as team in the whole league through two games.

“Having both Mo (Javon) and Devon as our two bigs is great for our team,” Garen Megridichian said. “I think those two will do well in rebounding and make a huge impact for us.”

After finishing 3-4 last season and losing in the First Round of the playoffs, the new-look Sin City squad knows their success on the court this season will largely be determined by how quickly the players can gel and work together to achieve their goals of winning it all.

“We will take everything one game at a time,” Javon Morris said. “Our focus is building chemistry and working on our execution. If we do that, we know success will follow.”