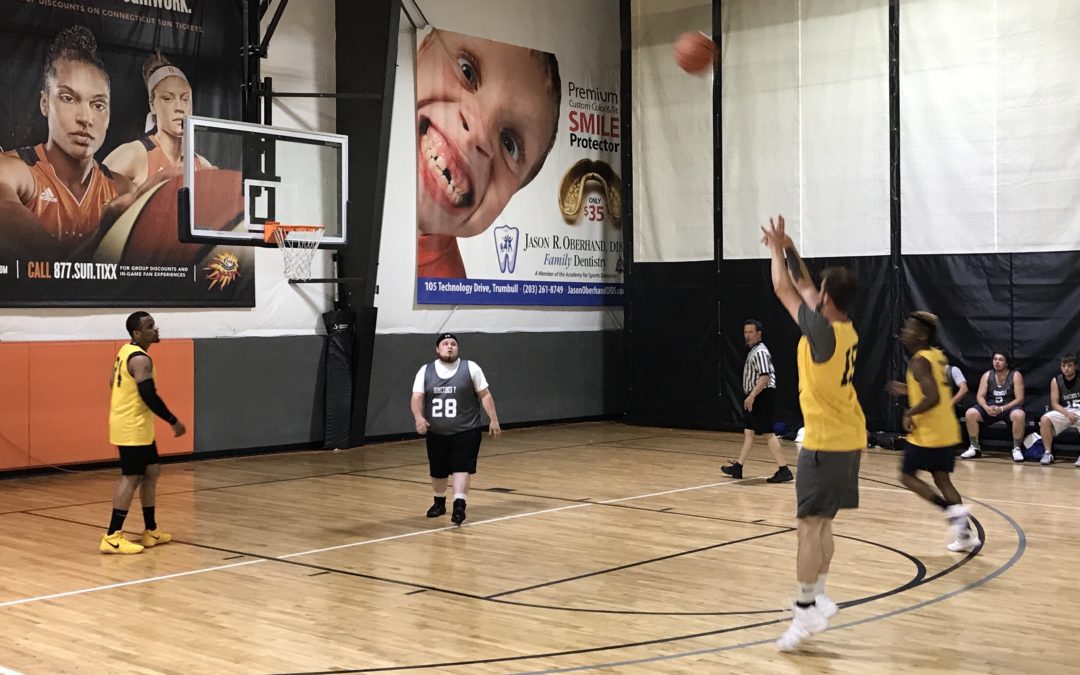 Coming into the game with a limited bench, No Limit found an unlimited source of offense en route to a 117-62 thrashing of Sometimes Y on Monday night.

Despite carrying just five players on their Week Two roster, No Limit managed to keep their wind and outscore Sometimes Y 40-17 in the fourth quarter. In their first two games of the season, Sometimes Y has been outscored by a combined 107 points.

No Limit dominated from the opening tip to the final whistle, jumping out to a 27-7 first quarter league and never looking back. Four of No Limit’s five players finished in double figures highlighted by a 34 point night from Howie Miller and a 30 point performance from Ronte Byrd.

“We’ve been working on our team chemistry…today it all came together.” No Limit’s Ty Sands said.

The No Limit attack was balanced throughout the game, pulling down 50 rebounds while racking up 16 steals on the defensive end. Rashawn Hendricks kept the offense humming with 14 assists to compliment his 19 points. The rest of the team combined for 12 assists. Sands had a double-double of his own, scoring 26 points while pulling down 15 rebounds.

Kevin Connors was a lone bright spot for Sometimes Y, shooting 4-for-10 from beyond the arc en route to a 19 point night. Chuck Dannenberg was also hot from downtown, shooting 4-for-7 to help him finish with 16 points. Unfortunately for Sometimes Y, the rest of the team combined to shoot 2-27 from three point range, and had no answer to No Limit’s ruthless attack.

Seemingly in midseason form from right out of the gates, No Limit has no intentions of slowing down next week.