Upset alert: the Stampede comeback late in the fourth to shock the Orcas 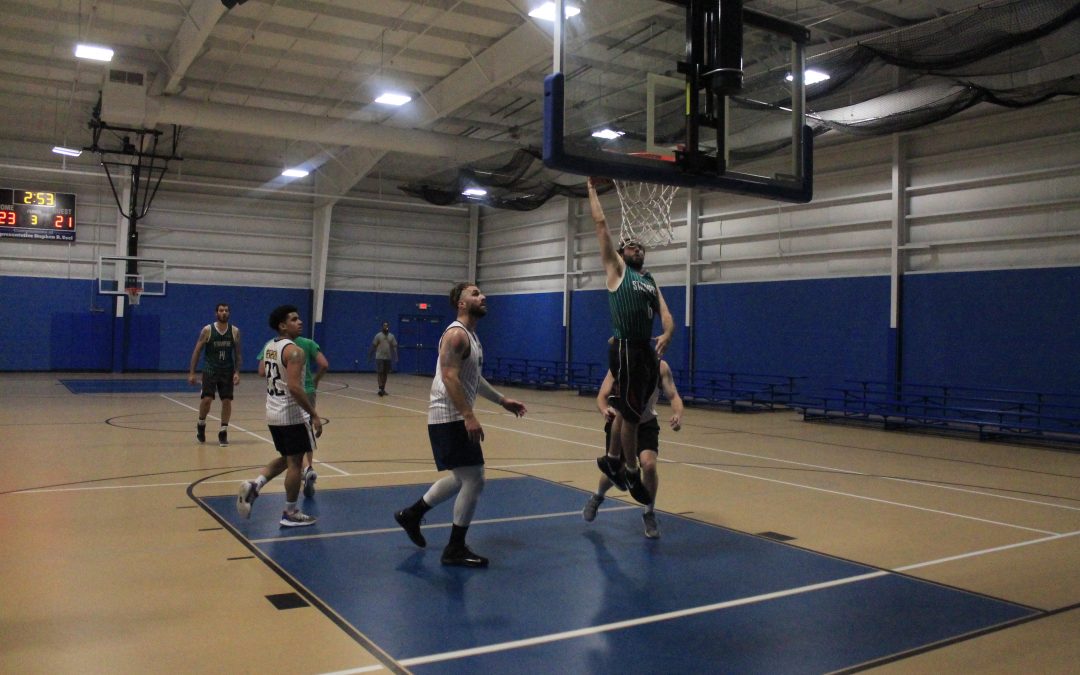 “We played hard tonight,” Dan Heston said. “We were lacking the past couple of games. We picked it up especially defensively. The scoreboard speaks for itself.”

Dan Heston and The Stampede pulled off the biggest upset of the 2021 season defeating the undefeated Orcas, 48-41.

It was a difficult day from the field for both teams with the Stampede shooting 34 percent and 26 percent for the Orcas. The Orcas outscored the Stampede in the 3rd quarter 14-7. The Stampede then outscored the Orcas in the fourth quarter 25-11 due to their lights-out three-point shooting.

There were three players that had double digits for the Stampede. Dan Heston lead the team in scoring with 18 points on 6-of-14 shooting. Todd French scored 12 points and John Peterson scored 10 points.

There were two players that had double digits for the Orcas. Dexter Loux scored 14 points on 3-of-9 shooting. Gio Diaz added 11 points and Jeff Winchell scored eight points while also contributing nine rebounds.

When asked what was the biggest reason the Stampede were able to pull off the comeback and the upset, Todd French commented, “We took advantage of getting defensive rebounds and finding guys open for shots. When we took the lead, we never looked back.”

The Stampede look to carry their winning performance over to next week when they face the Mamba’s who are still searching for their first win on the season. The Orcas will look to rebound next week as they face the 2-1 Ozone Boys.

The Stampede know there is still work to do if they want to build on this win.

“Biggest thing we need to do is be ready to play the full 40 minute game,” Dan Heston said. “We only had one guy on the bench tonight so our team was not getting much rest. When our whole team shows up, that is when we are at our best.”