Vargas pushes No Limit past Kekambas 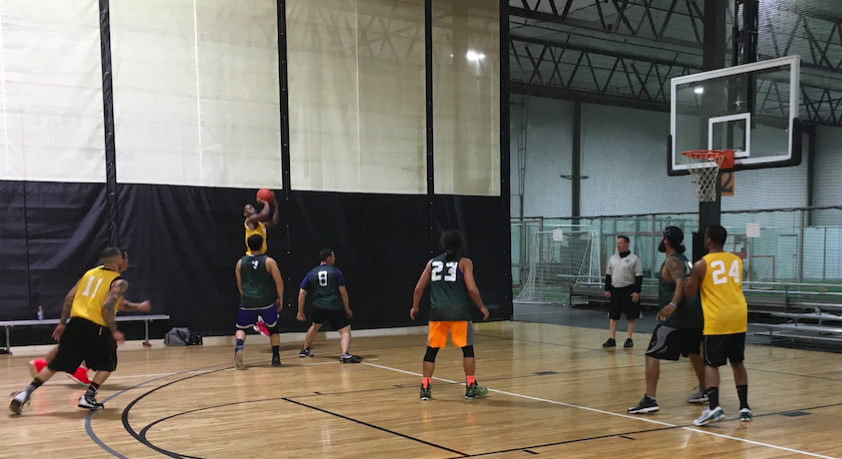 Coming into this matchup, there wasn’t supposed to be any drama over who would win. The two teams exchanged playful tweets and the Kekambas even asked for No Limit to not win by more than 20. Things would not shake out like everyone had previously anticipated, as the Kekambas would keep this one close, but ultimately fall to No Limit, 75-68.

Coming into the game, the three-headed monster of No Limit would be without one of its heads in Howie Miller. Miller’s absence did not originally factor too heavily into the outcome of this game, but the short bench would prove pivotal down the stretch. With Miller out, John Rullan and Tarell Vargas had ample opportunities to touch the ball. Rullan came out of the gates hot, scoring 17 in the first half with five threes.

As the third quarter stated, the Kekambas would find themselves down 36-27. Early in the third quarter, Rullan would be whistled for a foul that he would adamantly disagree with. He let his frustration get the better of him as he would draw multiple technical fouls through arguing and found himself ejected from the contest. Now without two of the three heads to the monster, No Limit started to sweat.

The Kekambas seemed to gather all the momentum in the second half cutting the deficit to just one heading into the fourth quarter. Chris Aaron was a force offensively for the Kekambas and did everything he could to propel his team to victory. Despite falling short Aaron had himself a stellar night finishing with 29 points and four rebounds.

Tarell Vargas was able to shake off a cold start and finish with numbers on par with his MVP-caliber season. Vargas would end the night with 27 points and 13 rebounds. In the absence of Rullan and Miller, Javier Lopez really stepped up to the occasion, putting together his best game of the year with ten points and nine boards. A strong season ending at 7-2 puts No Limit at the two seed and gives them a first round bye in the playoffs.

The Kekambas up and down season has been full of excitement and what they lack on the court they make up for in swagger. This team loves to have fun on the court and it is refreshing to see their carefree attitude. They find themselves locked in as the 10th seed headed into playoff action, and will face off with their West Haven rival Blood, Sweat and Beers.