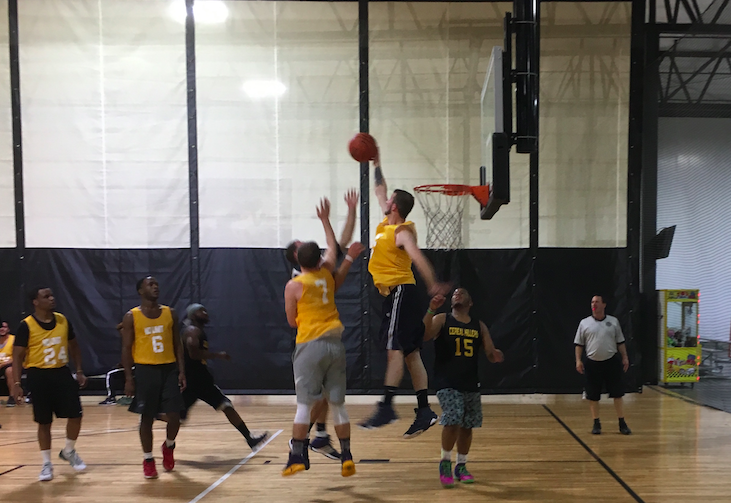 The three-headed monster of John Rullan, Tarell Vargas, and Howie Miller was on full display Tuesday night. The Cereal Killer’s Adam Samuel’s 45 points were not enough to overcome the No Limit trio, which combined for 77 points, on their way to a 96-83 victory over a Cereal Killers squad who has now lost three straight games.

No Limit continues to be the league’s biggest threat from beyond-the-arc, connecting on 15 threes Tuesday night, eight of which came off the hand of John Rullan. As mentioned in our week 5 preview, the No Limit squad has steadily been rising in our power rankings. They get a huge test next week against Carmine Santarelli’s Temptations squad who has won of their five games this season.

No Limit controlled the beginning of the game, eventually building a 14-point-lead by halftime. The Cereal Killers were able to cut it to six after the third quarter due to Adam Samuel’s effort, but eventually fell short in the final frame. They will face The Brotherhood (5-0) next week in a game that has already been generating a lot of buzz.

Tarell Vargas was once again a dynamic force for No Limit, hitting the stat sheet in all areas. Vargas finished with a triple-double: 27 points, 11 rebounds, and 10 assists. It was not all sunshine and rainbows, as Vargas was just 1-for-9 from three and had five turnovers.

“Pushed the tempo, kept running. They can’t keep up with us on the fastbreak,” Vargas said. Regarding his triple-double: “If it helps the team win, then I’m all for it.”