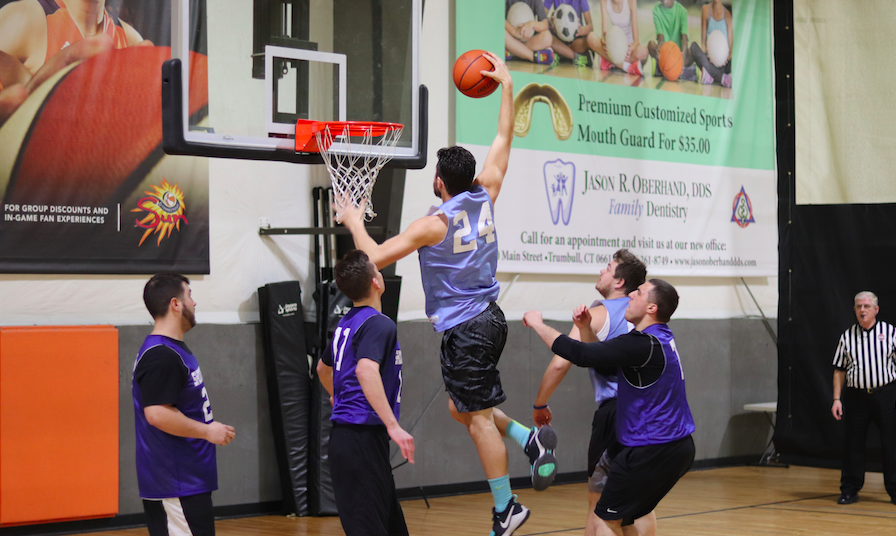 Week 6 slated a game between two of the leagues three winless teams, and Blood, Sweat & Beers finally got their first win of the season, beating Shooters Shoot, 54-50.

BS&B started the game on a 11-2 run and would maintain the lead for the entire game. Shooters Shoot sat their two leading scorers, Luke Riccio and Brandon Guittard, as well as the teams big man, Alex DeMeis. None of them saw action until the middle of the first quarter.

The victory for BS&B was a team effort, as there was no player who had more than 13 points. Cody Dileonardo was their leading scorer. John Lutters tied his season-high nine points and added four rebounds and four assists.

In this low-scoring game, Shooters Shoot was held to just 50 points, their second-lowest points scored game this season. They were limited to only eight points in the second quarter and were down at halftime, 32-23.

The offense for the Shooters Shoot began to pick up in the second half. They out scored BS&B 27-22 in the final 20 minutes and were down as little as two within the final minute of the game.

Riccio and Guittard both had 13 points coming off the bench. Guittard added 10 rebounds to his night. Riccio, the team’s sharp shooter who averages 17.8 points per game, was 2-of-13 from 3-point range. As a team they struggled at the free throw line, making 9-of-21.

The final two minutes went back-and-fourth with both teams fouling and shooting free throws. BS&B’s lead was threatened when Shooters Shoot was only down 49-47 with 45 seconds left. However, BS&B survived as they were able to make their free throws when they mattered the most. Six of Lutters’ nine points came from the free throw line.

BS&B looks to win their second straight next week against winless Semi Pro, while Shooters Shoot will face the Rim Breakers as they try to get their first win of the season.