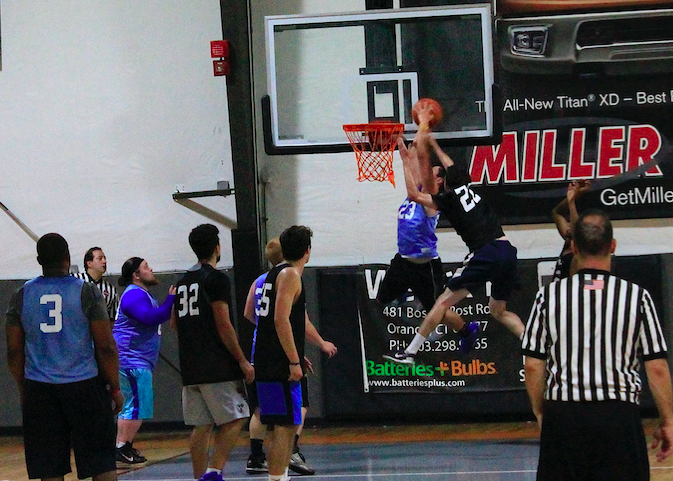 Even though they have two losses to go along with their two wins, The Pandas are arguably the best matchup for The Brotherhood so far this year. The Pandas will look to jump out to a winning streak after losing a neck-and-neck contest to Wake and Blake. The Brotherhood remains undefeated and leads the league in steals (59).

The Land picked up their first win in week four with an outstanding performance from Brett Cody, which included a triple-double, and was good enough to earn Co-Player of the Week. Meanwhile, And-1 has been living and dying by the three pointer this year.

Players to watch: Brett Cody (The Land), Jake Miko (And-1)

Wake and Blake has been staying alive thanks to unreal performances from Carmine Santorelli. ZewCrew is coming off of their first loss of the season to Sportslook. Look to see if they can end Wake and Blake’s winning streak and begin another one of their own.

Sportslook remains undefeated on the season, and they did so without top scorer Andrew Cavanagh last week. They saw the return of Steve Christy and Bryan Acevedo catch fire. They will be a very tough team to beat in with the hopeful return of Cavanagh in Week 5. Blood, Sweat and Beers has a lot of ground to makeup if they wish to get the notoriety that they have been requesting via social media, after posting a 3-1 record against the lower tier teams in the league.

Heading into week 5, The Hateful 8 has still yet to break 40 points in a single game, but Run TMC has also been struggling of late. As Run TMC looks to get back into a groove, The Hateful 8 will need to string some chemistry together if they hope to pick up their first win of the season.