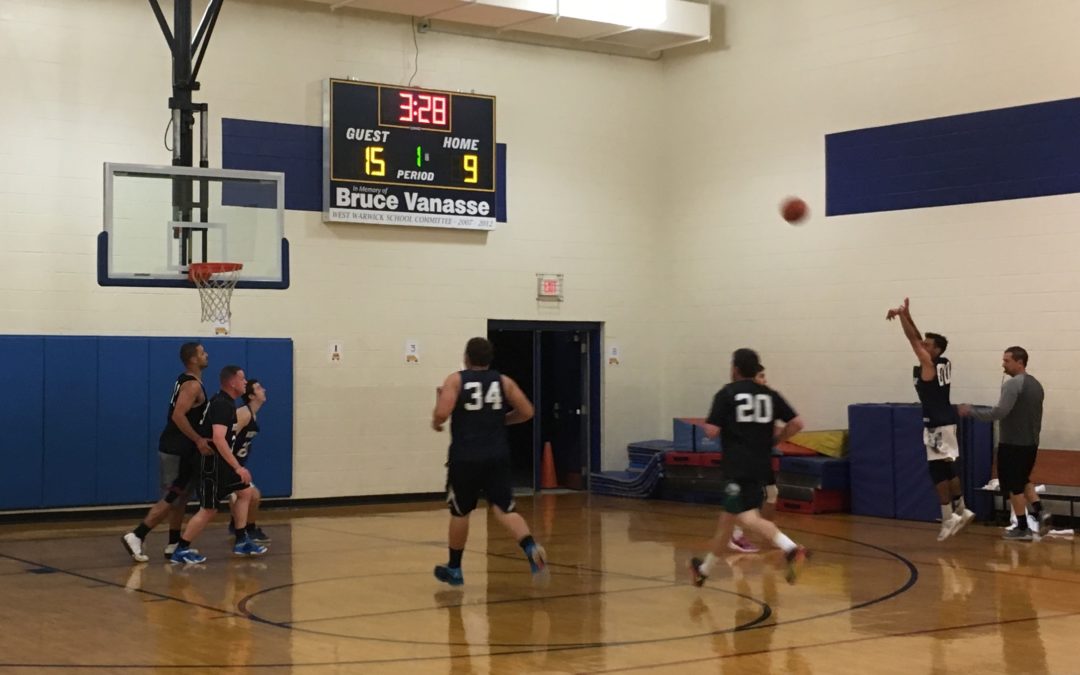 Both teams have been searching vigorously for their first win, and this week one will finally find it. The Average Joe’s are coming off of a 20-point loss to Prestige Worldwide. The Halfway Crooks had their best defensive game of the season last week, holding the offensive juggernaut Swish Kabobs to only 68 points, their least this season in a game. They lost 68-57 after giving up 30 points in the last quarter.

The Halfway Crooks defense is going to be a tough matchup for an Average Joe’s team that hasn’t really figured it out yet offensively. The Average Joe’s have the second-least efficient offense in the league, only having scored 216 points throughout four games this season. The Halfway Crooks have lost some close games against good teams, as well, taking the Werewolves into overtime and holding a lead over the Swish Kabobs in the second half.

In a matchup between two of the four 3-1 teams in the standings, both teams are coming off of very different Week 4’s.  The Werewolves are riding high after a buzzer-beater win over the Wild Hogs, 51-49, and Boom-Shakalaka is looking to rebound from their first loss since the Fall 17 Championship Game. The Werewolves ride their two best scorers, Brian Heston and Gino Forte, who average 23.8 and 16.0 PPG, respectively. The only issue is, no one else on their roster averages more than 7.0 PPG. Boom-Shakalaka is no Wild Hogs, either, so they’re either going to need more from Forte and Heston or more from their role players.

Green Squad is coming off of an impressive double-digit win over once-undefeated Boom-Shakalaka in Week 4. Until this point, the story of the season for this team has been the two-headed monster that is their offense: Victor Kashouh Jr. and Cody Crawford. However, last week Greg Holt woke up and added a third head to the offensive beast by pouring in 31 points and 11 rebounds. Kashouh Jr. and Crawford are both lights out from deep, and the three players alongside Jordan Ferretti add a really tough offensive system to stop. Kashouh Jr.’s athleticism translates to the glass and the defensive side of the ball, as well, making his squad extremely tough to score on.

On the other hand, the Wild Hogs are coming off of a heart-breaker against the Werewolves, a game where they led by double-digits in the second half and ended up losing at the buzzer. The Green Squad has the best scoring offense in the league (336 total points), while the Wild Hogs sit in the cellar of that category with 203 total points.

In one of the better matchups this week, Prestige Worldwide will look to hand the Swish Kabobs their first loss of the season. Prestige Worldwide is coming off of a blowout victory over the Average Joe’s, 75-55. It’s impossible to talk about Prestige Worldwide without mentioning their star player Bryan Yarce, who leads the league with 29.3 PPG. Yarce makes a huge difference for this team, who was handed their only loss on the season in the one game he missed. They also feature Shaine Patrick, a dominant force in the paint on both sides of the ball. Patrick is the league leader in blocks, and also averages 10.3 points and 7.8 rebounds per game.

On the other bench, the Swish Kabobs look to remain the only perfect team left this season. They’re coming off a victory that was too close for comfort over the Halfway Crooks, 68-57, in a game where the offense was a little slow to get going. They have one of the deepest teams in the league, and have great point guards who find open shooters like it’s their job. The Swish Kabobs have the second-best scoring offense in the league with 311 total points through four games, and if they can find a way to minimize Yarce and Patrick’s impact, they can win this one with ease.