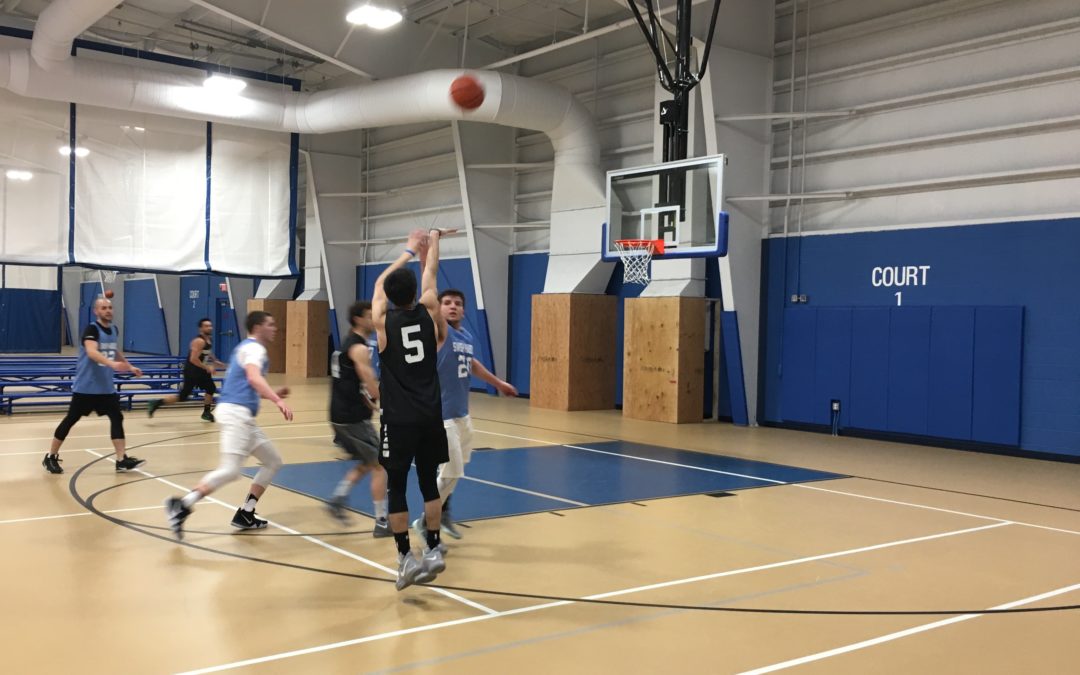 Low Post Podcast: Josh Turano and Tyler Krusz break down Week 7 in the Rhode Island Legacy Leagues. The guys get you back up to speed on the league, as well as discuss the current imbalance of power, and if it even out come playoff time.

Wild Hogs will be coming into this week hungry for their first win as they continue to struggle after losing to the Green Squad in Week 5. Halfway Crooks finally picked up their first win in the previous week as they defeated the Average Joes in comfortable fashion. The Halfway Crooks will look to carry this momentum into the upcoming week as they will be facing a stingy team in the Wild Hogs.

The Wild Hogs play tough defense and are always busy around the glass creating second chances, but overall they will just have to score more consistently than they have in previous weeks. The Wild Hogs will have to be a lot more efficient on offense as they are the least efficient scoring team in the league this season and the Hlafway Crooks are sixth.

Boom-Shakalaka and Prestige Worldwide will be matched-up in what should be one of the best regular season games of the year, as each powerhouse team will try to continue their winning ways. Bryan Yarce and company will look to take down Nate Stichell and his dominant squad. Coming into this game, Boom-Shakalaka had just won in the previous week to the Werewolves by a commanding lead. In that one, they had their full team back, including key big man Ryan Rawnsley.

Only one team will leave distraught with a loss, but its only a matter of who brings their A-game in this marquee matchup because it is so evenly matched. If Stichell and Brandon Sweeney do not play as they have in previous weeks, than it will be smooth sailing for Prestige Worldwide in Week 6. On the other hand, if Yarce and Shaine Patrick do not show up, Boom-Shakalaka will likely come out with an authoritative victory.

Green Squad has been in quite a groove ever since their Week 2 loss to the Swish Kabobs, and they do not look like that they have any intention on slowing down. Their opponent this week, the Average Joes, have been doing quite the opposite as their struggles continue coming off yet another loss to the Halfway Crooks. They will be on the hunt for that first win this week as they try to make a push before the playoffs.

For total points scored this year the Green Squad are first whereas the Average Joes are second to last, so the Joes will have to really pick up their scoring if they want to have any chance against them this week. Overall the Green Squad are the most efficient scoring team in the league at this point in the season and the Average Joes will have to step it up if they want to secure their first victory.

Coming off a tough loss in Week 6, the Swish Kabobs are undefeated no more as they fell to Prestige Worldwide. However, the Werewolves will also be coming into this week after losing to Boom-Shakalaka so both teams should be very eager for a win. The Swish Kabobs had been on a roll until they ran into Bryan Yarce and company last week. They should be able to bounce back this week against the Werewolves as they are third in scoring efficiency, whereas the Werewolves are fifth in the league.

The Werewolves this season have been in some close games though, and they could easily give the Swish Kabobs a run for their money by possibly handing them their second loss of the season. The whole team needs to show up. It cannot just be Brian Heston and Gino Forte doing all the scoring. In order for the Werewolves to get a victory in this game, all of their team needs to be scoring efficiently and not just one or two players on the team.