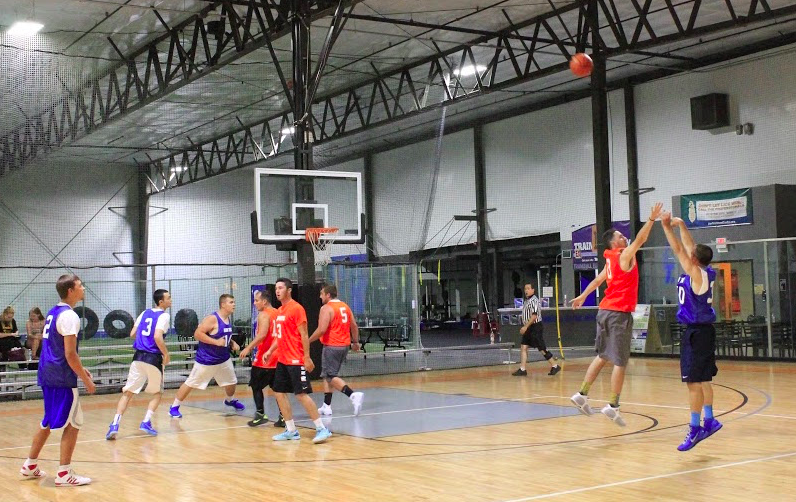 ZewCrew heads into Week 8 on a two-game losing streak, looking to get back on track before postseason play. Unfortunately, they are up against the undefeated and potentially unstoppable force that is The Brotherhood, who hasn’t score less than 95 points since Week 3.

The Legacy Leagues final win-less team, The Hateful 8, was unable to finish off And-1 last week after obtaining a halftime lead. Wake and Blake also lost last week in a lopsided game against BS&B. Wake and Blake has an opportunity to finish the regular season above .500 facing teams in the final two weeks with a combined 1-13 record.

Sportslook continues to win without Andrew Cavanagh, who has been sidelined since Week 4. Team sources have said that a Cavanagh return is “probable” for Week 8, setting up an Acevedo/Cavanagh 1-2 punch for the first time this season. If this holds true, The Land will be facing another big task, coming off a loss to The Brotherhood despite bringing in several reinforcements last week.

And-1 finally snatched their first win of the season last week against The Hateful 8. They face an interesting matchup this week just because The Pandas are notorious for their unpredictable roster from week to week. Chris Dias and Jelan Mason were the only two of The Pandas’ big four to show up last week, so And-1 may be able to keep things close if The Pandas can’t bring more than one of their premier players.

Players to Watch: Santiago Mateo (And-1), Chris Dias (The Pandas)

BS&B continues to make their presence felt in The Legacy Leagues after annihilating Wake and Blake, 72-49, in a game that included multiple highlight-worthy plays. They have a chance to lock up a top-three seed heading into the playoffs with a win against Run TMC, who moved back under .500 after last week’s loss to Sportslook. Run TMC needs to win their last two games to head into playoffs with a winning record.

*Be sure to check out our LIVE Pregame Show, Tuesday at 7pm on our Facebook page, facebook.com/LegacyLeagues