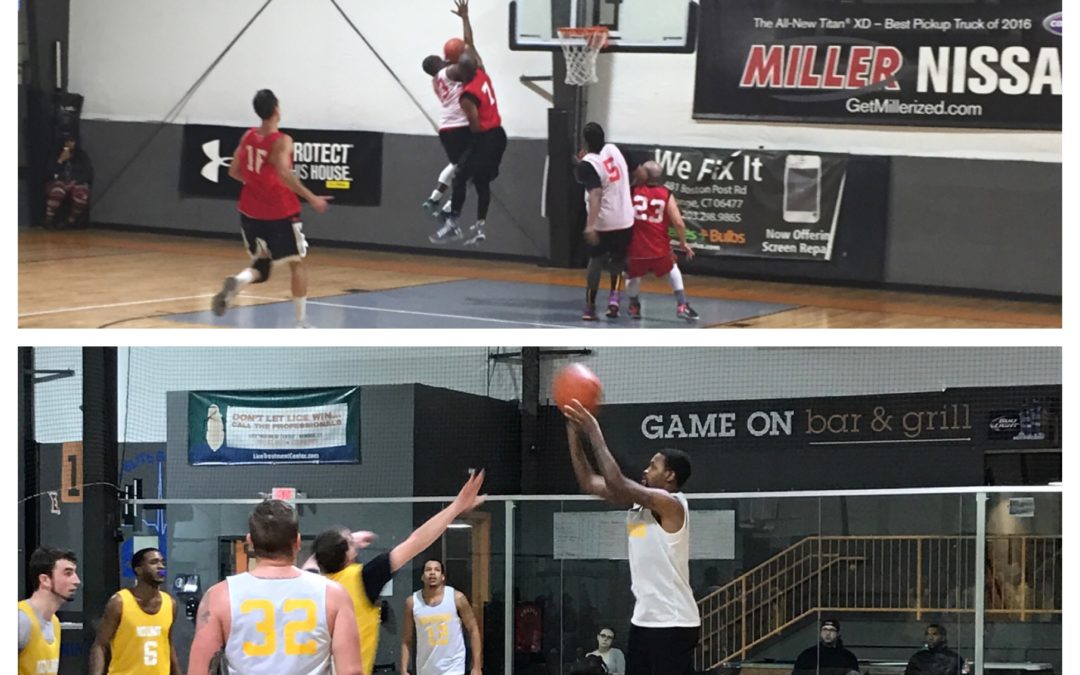 This week’s Previews are presented by: DJ Stillo 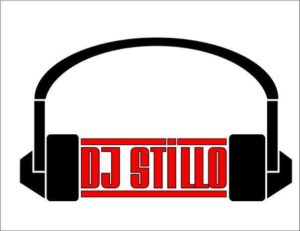 The Weekly Rebound S3E7: Sam Leventhal is joined by Ryan Spitz as they guys recap the past two weeks of Legacy Leagues action, and get you ready for a couple highly-anticipated Finals rematches set for Week 8.

Week 8 starts off with a bang in what could be the must-see game of the regular season. After The Brotherhood were dealt their first-ever loss in Week 6, it was No Limit who took their place atop the power rankings. Both teams won last week, and The Brotherhood will be looking to return to the top while No Limit will be looking to cement their place above the rest of the pack. Russ Payton made his return for The Brotherhood in Week 7, but they still needed some key stops down the stretch to hold off Goon Squad. Meanwhile, No Limit rode the hot shooting of Howie Miller to pull away from Lob 203 to remain undefeated. The Brotherhood are known for their suffocating press defense, but they will have to worry about taking care of the ball themselves, as No Limit boasts the second-most steals in the league. Both Miller and Rashawn Hendricks of No Limit hold the top two spots in the league in individual steals, and will be looking to force turnovers and create transition buckets in what figures to be a fast-paced, entertaining battle.

The Fry Time offense was, well, fried in Week 7. The team shot an abysmal 18-for-48 from the field in a 77-43 beatdown at the hands of The Throne, who were without Joe Baccielo. Fry Time was unable to record double-digit points in a quarter until the fourth, when The Throne went into cruise control. Sportslook had a tough time themselves against the Monstars, so a bottom-tier team like Fry Time will be a welcomed opponent. Hopefully Bryan Acevedo can find his three-point shot against a weaker team before the playoffs begin. He is averaging almost 24 points per game, but his three-point percentage sits at 27 percent. Fry Time has the fewest points scored this season by far, so even if Acevedo and Sportslook come out ice cold, there should be plenty of room for error.

For the first time this season, Redemption finds themselves staring at a losing streak after falling to the Flint Tropics. The road doesn’t get any easier with The Monstars lingering on deck, who have their own case for the top spot in the league. The Monstars rank in the top three in the league in points, assists and rebounds, and passed No Limit for the most steals in the league as a team. It will be Redemption who needs to step up the defense in this game to stop Greg Langston, who has been unconscious from three of late, and is shooting a league-best 51.9 percent from downtown.

Sensual Chocolate has been full steam ahead during their five-game winning streak, most recently a close victory over Stranger Danger. Carmine Santorelli continues to sizzle on the offensive end, and continues to lead the league in scoring among players with at least three games played. Meanwhile, the Double Dribblers‘ struggles continue despite the addition of Bernard Brantley (although he was absent in last game’s loss against the Bad Boyz). The supporting cast has been unable to pick up their offense, and their winless streak will be tough to stop as they face one of the hottest teams in the league.

This has the recipe to be an exciting matchup, even with Joe Baccielo being a question mark for The Throne. The Bad Boyz have won three-straight since their painful overtime loss to Redemption, while The Throne continue to impress and make their claim as a top-tier team. This will be a much tougher task than Fry Time in Week 7, and The Throne will need to improve their shooting if they are to keep pace with the Bad Boyz. The Throne shot just 3-for-23 from beyond the arc in Week 7, which would be difficult to overcome against a tougher team.

Sometimes Y had what seemed like a breather against Flight Club in Week 7, but even a pause in their brutal schedule wasn’t enough to secure a win. Now it’s back to the brutality with Mike Bozzuto and the Flint Tropics waiting in Week 8. The Flint Tropics had their full roster back in Week 7 and disposed of Redemption for their second straight win. Bozzutto still led the offense, but the team was able to find much more of a balance as four players finished in double figures, which bodes well for them. Expect more to finish in double figures against a very friendly Sometimes Y defense.

While Stranger Danger suffered a loss to Sensual Chocolate, they still showed plenty of fight in a hard-fought game against one of the league’s best teams. There are reasons for hope on the Stranger Danger bench as they meet a Run TMC team that finds themselves in an unexpected spot: in the bottom third of the standings after losing their third-straight game. Run TMC has the pieces of a contending team, but still seems to be searching for the one thing that can bring it all together. These two teams seem equally matched in terms of talent, and it will likely come down to who can hit their shots in crunch time, something Run TMC could not do against Team Moose on Monday, despite jumping out to an early lead.

Can Chris Rosario get any help? He’s averaging almost 22 points per game, but nobody else on the Untouchabulls is averaging as much as ten. Rosario’s efforts were once again not enough in Week 7, while a much thinner Flight Club crowd saw their team get a win against Sometimes Y. Neither team has the makings of a playoff run, but Flight Club has had a favorable schedule, which can give them a decent seed come playoff time. A win against the Untouchabulls would pull the Flight Club to the .500 mark, which very few expected heading into the season.

Don’t let their record fool you: Goon Squad is a much better team than their record indicates. Their Week 7 loss was one possession away from being a huge win over The Brotherhood, but instead they find themselves in a bit of a hole. Meanwhile, Lob 203 faces a similar problem also facing the Untouchabulls in that they can’t seem to find offensive production outside of one man, in this case Eric Singleton. Singleton went off for 34 points in a loss in Week 7, and is now averaging over 26 points per game. None of his Lob 203 teammates are averaging more than 9.5 point per game. Goon Squad has their centerpiece in Matt Marconi, but they have more reliable weapons in their supporting cast than Lob 203 does, which has to make them the favorite in this one.

Team Moose continued to impress with another win over a talented Run TMC team in Week 7, with newcomer Trevor Chaves coming out of nowhere and putting up 21 points and seven rebounds. STP is enjoying a hot streak of their own, and have been a bit of a sleeper team this year, but they haven’t faced an opponent like Team Moose. Not even close. Scoring against the Team Moose defense will be an awfully tall order for STP, but this could still serve as a measuring stick for where exactly STP stacks up in this league. It would be a positive sign if STP can at least make the game somewhat competitive.