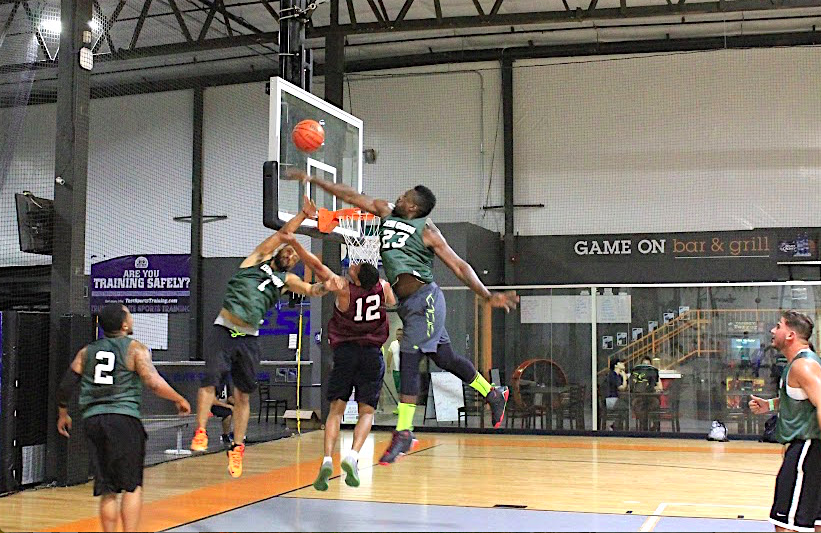 *Be sure to check out our LIVE Pregame Show, Tuesday at 7pm on our Facebook page, facebook.com/LegacyLeagues

Blood, Sweat and Beers heads into the final week of the season locked into a top-two spot for the playoffs after defeating Run TMC in Week 8. Meanwhile, ZewCrew is looking to halt a three-game losing streak and potentially become the No. 4 seed in the playoffs.

The Brotherhood had its closest game of the season in Week 8, but still came out on top, 78-65, over ZewCrew. Sportslook is coming off its second loss of the season, a heartbreaking 104-103 defeat at the hands of The Land. The Brotherhood is locked into the top seed in the playoffs, while Sportslook will be the No. 3 seed.

Will Hudson’s monster week was not enough for Run TMC as the team fell to Blood, Sweat and Beers, 90-74, in Week 8. On the other side, three players finished with 20-plus points for The Land, as they pulled an upset overtime win over Sportslook. The loser of this game will fall to the No. 8 seed in the playoffs, giving them an opening playoff matchup against And-1 before playing The Brotherhood.

The Hateful 8 is locked into the lowest seed in for the playoffs after falling to Wake and Blake in Week 8. The team will look to avoid a winless regular season in Week 9 against The Pandas, who won their Week 8 matchup against And-1. The Pandas are fighting for a chance to reach the No. 4 seed in the playoffs.

And-1 had its worst offensive output of the season in Week 8, putting up just 25 points in a loss to The Pandas. While And-1 is locked into the No. 9 seed in the playoffs, Wake and Blake is fighting for playoff position. After winning their Week 8 matchup against The Hateful 8, Wake and Blake can rise as high as the No. 4 seed and fall as low as the No. 7 seed in the playoffs.